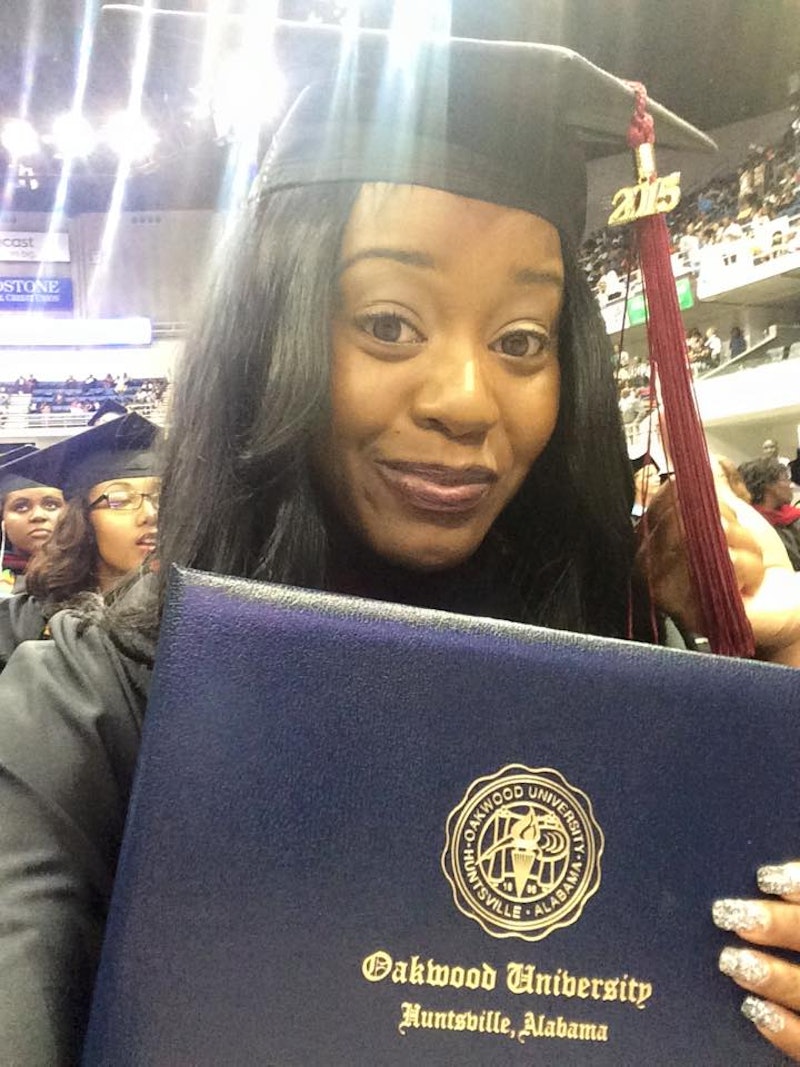 In this op-ed, Ayanna Albertson, a spoken word poet and writer from Durham, North Carolina, explains why efforts to add new work requirements for SNAP could be so devastating for college students.

For months, members of the GOP have been trying add strict work requirements for SNAP (Supplemental Nutrition Assistance Program) recipients. The proposal is currently stalled in Congress as part of the farm bill, but if it passes, the change will be a major inconvenience for those who receive SNAP, including college students — many of who rely on SNAP to eat each day. I was one of them.

Like many other high school students, I was both excited and nervous to attend college. My grades and GPA were exceptional, and after weighing my options, I decided to enroll in a private university in Alabama that offered me a four-year partial scholarship on the condition that I maintain the necessary GPA every year. Given my academic track record, that didn’t seem like an unattainable task, so I packed up my belongings and moved from North Carolina to Alabama.

Aware that there would be a large tuition balance, even after my partial scholarship, I immediately applied for financial aid. My application for financial assistance was denied because the school claimed my parents’ combined income was "substantial enough to cover college expenses." That wasn’t true, and the remaining balance on my school bill that year was roughly $15,000.

As expected, college was very time consuming. The course load was intense, and I found myself losing sleep and eating poorly. Meal plans were expensive, the cafeteria options were slim, and I didn’t yet have a job, so eating off campus wasn’t feasible. I made it through freshman year on 12-cent noodle packs, fast food and occasional visits to the cafeteria and on-campus market.

By sophomore year, I had landed a job at Taco Bell as a cashier, and I was also approved for student employment. I would finally be able to buy food and live a decent college life — or so I thought.

As a student worker, if there is any remaining balance on your school bill, the money you make goes directly toward the balance until the amount is paid in full. So technically, I wasn’t pocketing anything from my on-campus job. Meanwhile, at Taco Bell, I made $7.25 an hour. The majority of the money I earned there went toward my tuition to lessen the balance I owed as well. Unlike the on-campus job, it wasn’t mandatory the money go toward tuition. I just knew that was the responsible thing to do.

Early each morning, I would clock in a few hours at my on-campus job, go to my classes between 10:30 a.m. and 4 p.m., and then clock in at Taco Bell until 10 p.m. On nights I absolutely had to study, I would get very little sleep. Eventually, this began to affect my academic performance, and I fell below the GPA requirement I needed in order to maintain my scholarship. I appealed to the school board, and after explaining to them my stresses, the accepted my appeal with very strict conditions. The following school year, if I did not maintain the GPA required of me, my scholarship would be stripped away.

There’s a narrative in this country that wants you to feel ashamed for needing and using resources such as SNAP. But there is also a reality.

Junior year began and I was still working on-and off-campus trying to cover tuition expenses. One day, I overheard a student talking about food stamps and how it had helped her. I was curious to know more, but I didn’t want to ask her about it because, after all, I was eavesdropping. Later that night, after my work shift, I did a little research on food stamps and how they work. I learned SNAP is available to college students, and though the rules vary from state to state, Alabama law required college applicants be enrolled as full-time students and work a minimum of 20 hours a week.

Realizing I fell into that category, I was downtown at the Huntsville Department of Human Resources applying for SNAP in no time. The process was very straightforward. I remember having a phone interview and a follow-up call not too long after. Within two weeks I was notified of my approval. Given my circumstances (rent, bills, school, etc.), I was offered $194 a month. My SNAP card came by mail within a week.

SNAP was the blessing I never knew I needed. Going hungry has many proven physical, mental and emotional effects. In my case, it affected my academic performance and my grades. The year I received SNAP, my GPA increased, which ultimately helped me keep my scholarship. After enrolling in summer school, I was back on track for on-time graduation. Had it not been for SNAP, I wouldn’t have been able to afford college and may have not graduated. Although it didn’t alleviate all of my problems, it was a huge weight lifted from my shoulders. It made everything else less of an issue.

The current GOP proposal would raise the amount of hours a SNAP recipient must work each week from 20 to 25 hours. Had this been the requirement while I was in college, it would have taken away from crucial time needed to effectively complete home assignments and made it harder to find time to study. This change would also require parents who are solely taking care of their children to work, and it would raise the age range of those who are required to work from 18-49 to 18-59. The Congressional Budget Office estimates that if this law were implemented, 1.2 billion people would lose access to SNAP.

The stigma behind food stamps is that it’s for poor people only. Although low-income families often qualify, I encourage people to change their perception. As a young black woman, I had hesitations about applying for SNAP. There’s a narrative in this country that wants you to feel ashamed for needing and using resources such as SNAP. But there is also a reality: these resources are there for individuals who work hard (whether that be in school, at work, or both) and need help to make ends meet.

Having access to an education and healthy food should not be a luxury. One of the many benefits of SNAP is that it levels the playing field. It gives people an opportunity to put food on their tables while dealing with hardships. For many college students, SNAP is their only means to buy food. Had it not been for SNAP, I wouldn’t have been able to eat. It saved my grades, and I graduated in 2015. Having SNAP changed my perception about the programs that help everyday people to thrive — and undoubtedly changed my life.

This essay was supported by the nonprofit Center for Community Change.

More like this
This Is When Netflix Is Going To Start Charging You For Sharing Passwords
By Darshita Goyal
The Mysterious Gunther Corporation From 'Gunther’s Millions' Has Dissolved
By Brad Witter
These Are The Fastest Electric Kettles You Can Buy
By Margeaux Baulch Klein
Maya Jama’s Net Worth Definitely Won’t Give You The Ick
By Sophie McEvoy
Get Even More From Bustle — Sign Up For The Newsletter
From hair trends to relationship advice, our daily newsletter has everything you need to sound like a person who’s on TikTok, even if you aren’t.