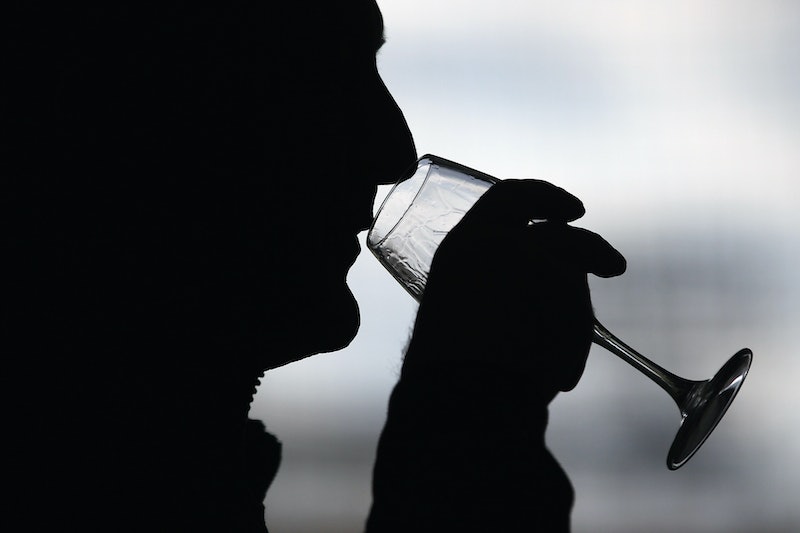 The ongoing partial government shutdown has impacted a myriad of things: it has withheld the paychecks of hundreds of thousands of government workers, stalled federal funding for governmental research, temporarily halted immigration hearings and critical national security projects, among other things. Now, on top of all of that, there's some more bad news for those who imbibe: the government shutdown may delay alcohol production in the United States.

In addition to other federal agencies impacted by the shutdown, Wine Spectator reported on Tuesday that the Alcohol and Tobacco Tax and Trade Bureau (TTB), which regulates and oversees alcohol production, had temporarily suspended its operations since the shutdown started at midnight on Dec. 22.

For brands that sell wine, beer, and the like, this could be cause for great concern as they may not receive the green light they need to put their new product in markets and restaurants.

The co-owner of the winery Benovia, Mike Sullivan, told Wine Spectator, "Until you have label approval they won't let you label and ship the wine. It's sort of in limbo until the government opens up." Normally, per the magazine, it takes about 36 days for a winery or brewery to get the TTB's Certificate of Label Approval (COLA) for a new label.

With the shutdown still dragging on with no end in sight given that Donald Trump continues to demand $5.7 billion in a spending bill for his border wall, this approval process could drag on beyond the normal duration. And as a result, companies could see their profits take a hit.

The owners of wineries and breweries across America have a difficult situation to contend with, according to Wine Spectator. If they don't put their new labels out, they're most likely not to going to see any revenue from the markets and restaurants that buy their products.

But if they do go ahead, per the magazine, and put their new labels out without the COLA thumbs-up, they risk getting rejected by the TTB, which could be damaging to the company's reputation and standing in the alcohol industry.

Additionally, it's not just drinks made within America, Wine Spectator reported. Imported wines and beers could also see the repercussions of the shutdown. Gavin Speight, who is the vice president of the Old Bridge Cellars, told the publication, "We have 20 to 30 [labels] at the TTB that haven't been approved yet. It's going to put us back a month or so on shipping."

Industry experts are still trying to figure out just how detrimental the conditions are, according to Wine Spectator. The vice president of the trade association WineAmerica, Michael Kaiser, told the magazine that he had carried out an industry-wide survey to understand how the shutdown was affecting wineries across the country.

According to Kaiser, more than 70 percent of the participating companies claimed that they were still waiting for their COLA seal. But it didn't seem like he would give up any time soon as Wine Spectator reported Kaiser was taking his concerns straight to lawmakers in Congress.

It's worth remembering that alcohol production worries are just another addition to the mountain of issues caused by this shutdown. Federal workers are still trying to figure out how to pay for basic things like food, diapers, medicine, and more. Government agencies have furloughed thousands of workers, including those working for the National Parks and National Transportation Safety Board. Garbage and human waste overwhelm national recreation areas as workers have been put on leave.

In one case, a federal employee named Mallory Lorge told CNN that she had to ration her insulin to avoid debt. "The thought of having more debt," Lorge said, "was scarier than the thought of dying" in her sleep.