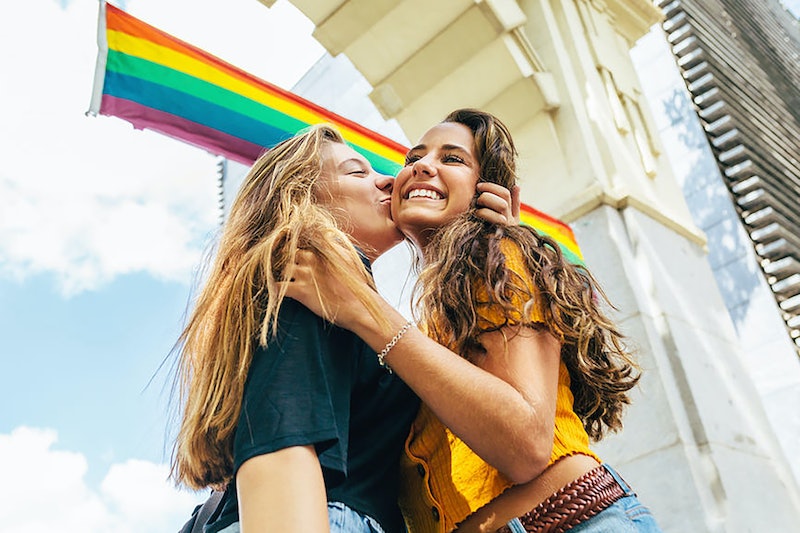 February marks LGBT History Month here in the UK. I love this time of year. LGBT culture is brought into the spotlight, and there are events across the UK that celebrate LGBT causes. However, LGBT History Month is also a time to reflect on the fact that there is much more to be done to improve the lives of LGBT people, both the UK and around the world. In an effort to address this, the government has awarded £2.6 million to 12 LGBT organisations as part of their LGBT Action Plan.

The £2.6 million will be shared into three categories, gov.uk states. In the first category is Barnardo’s, Diversity Role Models, Equaliteach, National Children’s Bureau, Stonewall, and The Diana Award, who will split £1 million to further their work in supporting children who have experienced homophobic, biphobic, and transphobic bullying and increasing education to end any bullying of this kind.

Advonet, LGBT Foundation, London Friend, Mind in the City, Hackney and Waltham Forest, and the Royal College of General Practitioners have also been given £1 million "to improve LGBT people’s health and social care," gov.uk states.

Finally, Consortium have been given £200,00 to spend on the training and development of "LGBT sector organisations to help them grow, mature and become more sustainable over time," according to gov.uk. Consortium will "also distribute up to £400,000 of grant funding to voluntary and community groups," gov.uk states, "to support LGBT community initiatives across England including annual Pride events."

This is all part of the government's LGBT Action Plan, which was published in July 2018 and outlined 75 commitments that the government believes will help cut discrimination and improve the lives of LGBT people. These included ending Conversion Therapy, increased research into LGBT homelessness, and to tackle LGBT bullying.

Speaking about the Action Plan on the day of its release, Chief Executive of Stonewall UK Ruth Hunt said: “Laws have improved and attitudes have changed but our society still treats LGBT people like second-class citizens.” Hunt continued:

“You, me — we all have a part to play in listening to the voices today of hundreds of thousands of our LGBT siblings, and working hard to create a society where every lesbian, gay, bi and trans person is accepted without exception.”

The LGBT Action Plan was informed by the Attitudes to Equalities: the British Social Attitudes Survey 2017, which found that 68 percent of people said same-sex relations were "not at all wrong," up from 47 percent in 2012. It also found that 80 percent of respondents aged 18-24 thought there was nothing wrong with same sex-relations.

In response to these findings, and to the LGBT Action Plan, Minister for Equalities Baroness Susan Williams said: “Everyone should be able to love who they wish to and live their life free from fear and discrimination, and I am encouraged to see how people’s attitudes are changing to be more accepting and more tolerant.”

Williams then added: "However, we still have work to do to make sure our society is truly fair. That’s why we are working with charities, schools, GPs, and across government to make sure our Action Plan can bring about real, lasting change for LGBT people in the UK."

It is encouraging to see the needs and problems of the LGBT community being recognised, especially in LGBT History Month. While some of us come from supportive homes and families, that is absolutely not the case for all, and the more money that can be put into support services for LGBT issues such as homelessness, mental health, and bullying, the better. LGBT History Month is absolutely a time for celebration about how far we have come, but it's also a time to reflect on how far we still have to go.