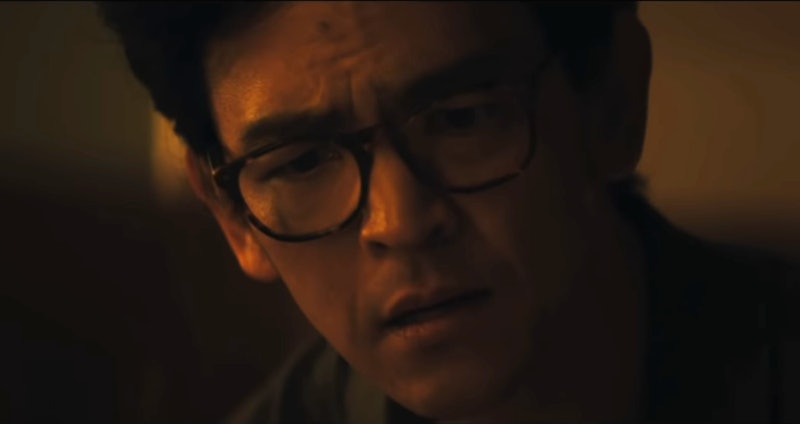 In a nod to Sarah Michelle Gellar’s own Grudge scene, the new The Grudge trailer puts John Cho in a terrifying shower scene that feels all too familiar. The Grudge, a new variation of the popular horror films derived from the Japanese Ju-On franchise, will follow a set of new faces as they take on a familiar evil: a home cursed by a ghost that terrorizes, and eventually kills, those who enter it. Unlike the original films’ PG-13 ratings, however, the new Grudge, in theaters Jan. 3, 2020, is rated R. Given the events put forth in the grim trailer, it isn’t too difficult to decipher why.

In the new trailer, real estate agent Peter Spencer (Cho) enters the mysterious home and finds a bathtub filled with black water. From there, viewers learn that someone was murdered in the home. As a result, a curse is born that inevitably terrorizes those who encounter it. In the final shot of the clip, Peter can be seen in a familiar shower scene that’s a nod to Gellar’s character Karen in 2004’s The Grudge: While he washes his hair, a hand emerges from the back of his scalp. The synopsis for the film reads, “It will never let you go.”

The new Grudge adaptation, directed by Nicolas Pesce and produced by Sam Raimi, also stars Betty Gilpin, Jacki Weaver, Andrea Riseborough, Demián Bichir, and Lin Shaye. At New York Comic-Con in early October, Pesce told attendees that the new Grudge is “way more f*cked up” than what fans of the American adaptations have seen before, as per Inverse. “There’s definitely a deeper human character narrative in the movie and just by the nature of being rated R," he said at the panel. "The movie’s way more f*cked up. Not that the wave of J-horror in the 2000s wasn’t f*cked up, but this is really f*cked up."

In an interview with IGN published on Oct. 28, Pesce added that the film is very much connected to the Japanese Ju-On horror film series and the American Grudge films. As such, the nods to the original films seen in the trailer were very much deliberate. "In my head, the American movies are not divorced from the Japanese ones, and this is not divorced from the greater canon," he said. "It’s all one big thing, and so similarly important to me was that we’re not just nodding to the American remake."

Pesce added, "It’s not super clear in the trailer, but this curse that has been brought to America is connected to the one in Japan, so it’s not like we’re totally divorcing the worlds. We’re just showing you more of the impact that that story has had."

More like this
12 Years Ago, Austin Butler Manifested His Oscar Nom In This Disney Movie Scene
By Jake Viswanath
James Cameron May Come To Regret His 'Titanic' Door Experiment
By Stephanie Topacio Long
Taylor Lautner Copped To Finding Jacob "A Little Annoying" In Twilight
By Stephanie Topacio Long
Reese Witherspoon Confirms This Fan Favorite Will Return For 'Legally Blonde 3'
By Jake Viswanath
Get Even More From Bustle — Sign Up For The Newsletter
From hair trends to relationship advice, our daily newsletter has everything you need to sound like a person who’s on TikTok, even if you aren’t.