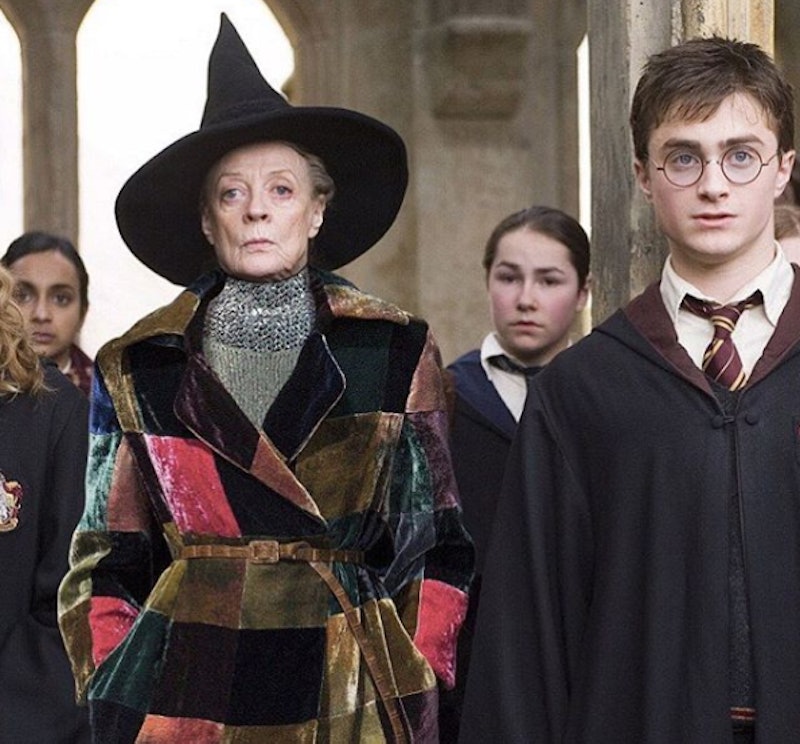 The last Harry Potter book might have been released in 2007, a whopping 11 years ago, but that doesn't mean we have moved on. Hogwarts is still very much a part of our everyday lives, and sometimes in surprising and inventive ways. Enter the Instagram account @Gryffindior, which reimagines iconic Harry Potter characters by dressing them in Dior's newest collections. The outcome is hilarious and very #fashun.

Imagine serious scenes out in the Forbidden Forest or Neville Longbottom clutching his wand and gearing up to fight, or Albus Dumbledore pausing right before saying something profound...and all the characters are wearing a haute couture Christian Dior label.

Think Professor McGonagall swapping out her robes for a patchwork velvet coat, matched with a metallic turtleneck sweater with chain-link accents, or Hermoine Granger standing in a Spring/Summer 2018 fringed yarn cardigan.

Rachel Bernstein is the genius behind the mash-up account, who is currently a senior art director at Moda Operandi. Being in the fashion industry for eight years and growing up being a Harry Potter fan, it's no surprise she brought the two worlds into one magical project.

Below are some of the best posts — who do you think would be the face of Dior?