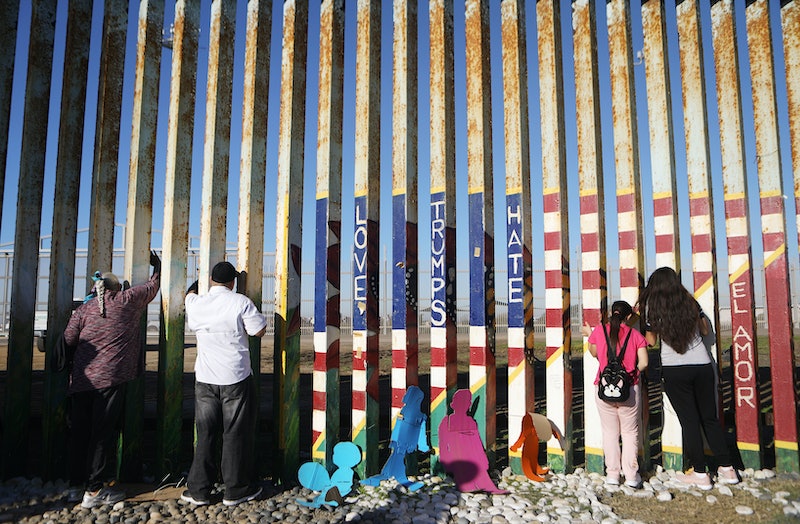 On Christmas Eve, Felipe Gómez Alonzo became the second child in less than a month to die in the custody of U.S. immigration officials. On Thursday, the Guatemalan boy's family spoke out about their son's tragic death, telling the Associated Press that he wasn't sick when he and his father left Mexico for America.

"We heard rumors that they could pass [into the United States]," Felipe's 21-year-old sister Catarina Gómez Lucas told the Associated Press. "They said they could pass with the children."

Gómez Lucas said that Felipe's father, Agustin Gómez — who is still detained by CBP — lived in poverty with his family in a small wooden house with no floors or basic services. He earned around $6 a day working menial jobs, but wasn't making enough money to support the family. So, she said, Gómez took out a loan and set out for the United States with his son. Felipe had always wanted a bicycle and hoped to be able to afford one in America, according to Gómez Lucas, so he was excited to make the trip.

According to Customs and Border Protection, Felipe and his father were apprehended and detained at the border on Dec. 18. The two were transferred several times between various facilities times, CBP says, until a CBP agent noticed on the morning of Dec. 24 that Felipe "was coughing and appeared to have glossy eyes." CBP says that Felipe was transferred to a hospital and tested for strep throat, and initially diagnosed with a cold and given a Tylenol. However, physicians then found that he had a 103-degree temperature, according to CBP, and prescribed him amoxicillin and Ibuprofen.

Felipe and his father were released from the hospital at around 2:50 p.m. and sent to an immigration checkpoint, CBP says. But by 5 p.m., Felipe was feeling nauseous and had vomited. He was taken to a hospital three hours later, but died on the way.

CBP claims that Gómez "declined further medical assistance" for his son after Felipe vomited. This claim hasn't been verified by anybody in the family.

One thing that remains unclear is where and when Felipe contracted the illness that seemingly claimed his life. In her statement regarding Felipe's death, DHS Secretary Kirstjen Nielsen Nielsen said that in the aftermath, she asked Mexican officials to investigate "the causes of these illnesses on their side of the border."

Gómez Lucas said that Felipe was "was very happy to leave" Mexico for America. She also told the AP that Gómez called her on Christmas day to tell that Felipe had died, and said Felipe had been feeling fine earlier in he day before he died.

"He told us that [Felipe] was fine all day, that he was playing with other children," Gómez Lucas said. "But then he said he felt bad and his stomach ached."

Weeks before Felipe's death, a 7-year-old Guatemalan immigrant named Jakelin Caal also died while in the custody of CBP. Her death, along with Felipe's, is under investigation.

In her statement, Nielsen blamed Felipe's death not on the DHS, but on "smugglers, traffickers," "activist judges," and "inaction by Congress." She also suggested that Felipe's parents were at fault for deciding to take him to America to begin with.