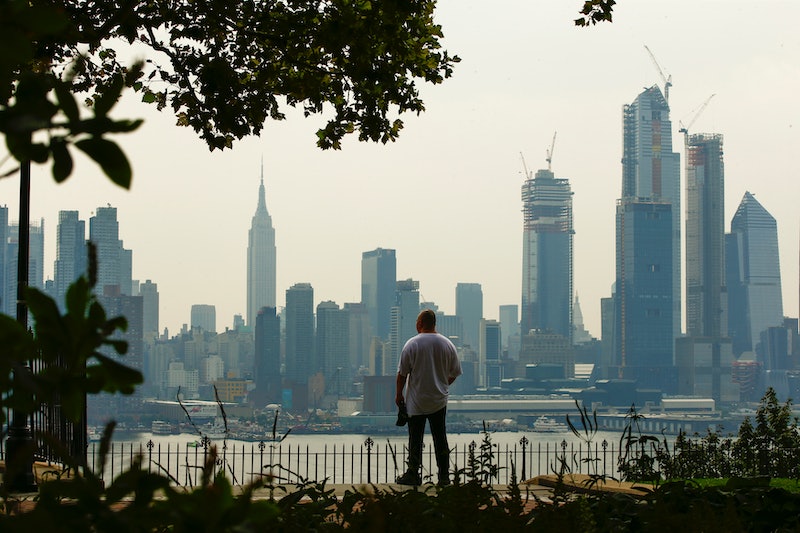 There is a lot to consider when moving to a new place. What’s the cost of living there? What’s the community like? Will I be within reaching distance of a good taco place? What we’re essentially asking ourselves, if only indirectly, is “Will I be happy there?” In the spirit of our cultural pursuit of happiness, WalletHub recently compiled a list of the happiest cities in America, ranking the most populous cities across the country based on how happy its residents are.

Where we live does affect how we feel. Last year, a study on location and happiness led by a team of Yale researchers identified 12 different factors related to a person’s well-being. While some of the factors are unsurprising (higher levels of education and income are linked to higher improved well-being) some were more unexpected. Communities with a higher percentage of bicycle commuters and better access to preventive care correlated with overall better well-being of its residents. Diversity was also a source of improved well-being: communities with a higher percentage of black residents were linked with better well-being.

WalletHub analyzed the 182 cities (the 150 most populated U.S. cities plus at least two of the most populated cities in each state as to include all fifty states) across three key areas: Emotional and physical well-being, income and employment, and community and environment. Those categories were measured using 31 different weighted metrics from life expectancy to adequate-sleep rate (which was weighted double) to unemployment rate (also weighted double) to ideal weather (which was given half-weight).

Per those metrics, here are the top ten happiest cities in America:

Both cities ranked number one in the categories of community and environment (Freemont, CA) and emotional and physical well-being (San Jose, CA) also made it to the top ten overall happiest cities. However, Seattle, WA, which ranked number one in the income and employment category, ranked 54 in overall happiness. Perhaps this supports previous studies that suggest money does not buy you happiness once all your basic needs are met.

Finally, WalletHub asked experts their interpretations on the findings, specifically “do Americans place too much importance on happiness?” “When thinking about if Americans place too much emphasis on happiness, I think it depends on how you define happiness and well-being,” Kristin Horan, Ph.D. and assistant professor, Department of Psychology, University of Central Florida, told WalletHub. “Researchers have found that there is an important difference between well-being defined as feeling good and experiencing pleasure and well-being as defined as experiencing meaning, purpose, and personal growth.”

Horan also mentioned the emphasis to only pursue pleasurable activities and experiences may do more harm than good in the long-run. “The pressure to live the picture-perfect life that you see on social media does suggest that we may place too much importance of feeling good. However, I would not say that we place too much emphasis on pursuing meaning and purpose.”

In other words, how you find your happy place may not be how WalletHub found theirs. But if you're looking for somewhere to start, I'd guess your happy place is within reaching distance of a good tacos.

More like this
The 15 Best Passport Holders
By Megan Gray
20 Genius Kitchen Storage Solutions For Decluttering Your Space
By Emma Garza
This TikTok Hard Seltzer Hack Involves A Milk Frother
By Alexis Morillo
Eleven From ‘Stranger Things’ Is A Cancer Zodiac Sign, An Astrologer Says
By Brittany Beringer
Get Even More From Bustle — Sign Up For The Newsletter