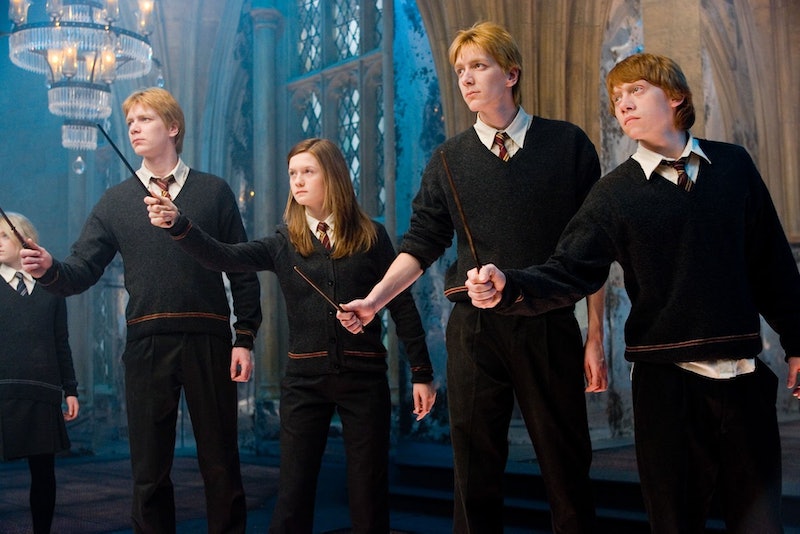 There's a particular quote from Harry Potter and the Deathly Hallows that inspires me to this day. It’s from Hermione Granger, the brightest witch of her age and the character that introduced me to activism before I even knew what activism was:

“'As the Dark Lord becomes more powerful…Gringotts falls under wizard rule, house elves are slaughtered, and who amongst the wand-carriers protests?’

‘We do!’ said Hermione. She had sat up straight, her eye bright. ‘We protest!’”

It’s not an exaggeration to say the Harry Potter series has made a huge impact on my life; it was, in fact, a turning point. It inspired a love of reading that I still enjoy today; it led me to explore other literature, which in turn influenced my fields of study when I pursued my undergraduate and postgraduate degrees. Most importantly though, the series made me want to emulate the heroes in its pages. Harry Potter highlights many problems that are relevant today: it touches on the horrors of racism, the corruption of classism, the abuse of power in positions of authority, and the destructive nature of greed, just to name a few. Themes like these that are prevalent in the series, and the characters that try to fight these issues, are the ones that made the biggest impression on me.

Everyone grows up admiring someone. For some people, it’s a family member, a celebrity, or a teacher, and for many, it’s fictional characters. As a child, I was no exception: I grew up with Harry Potter, His Dark Materials, Power Rangers, and Sailor Moon. These stories are all about young people who fight to defend the world. In many cases, these young heroes have special abilities that help them win against the forces of evil — but even though the characters in Harry Potter have magic, ultimately it’s their determination to do what is right and good that carries them to victory. This idea that your beliefs, and your good heart, can make a difference if you take action is demonstrated throughout the series many times, and it resonated with me. From Dumbledore’s tireless work to investigate Tom Riddle’s past to Molly Weasley’s efforts to provide a safe haven, a home, for those that would resist Voldemort, readers are presented with the idea that all efforts to fight injustice, big or small, matter. When I march to protest racism; I am resisting. When I talk about books that give others and me new perspectives and understanding about the LGBTQIA+ community; I am resisting. I am making a difference.

I admire many of the Harry Potter characters - they have been my heroes for years - and I think we all want to see ourselves in people, fictional or not, that we admire. We want to be brave, and strong, and we want to rise in the face of adversity, just like our heroes do. I wanted Harry’s bravery, Ron’s determination, and Hermione’s conviction, I wanted to be the person that stood up and fought back when met with injustice because of these heroes, my role models. They taught me to be brave in the face of discrimination, determined when encountering political or social roadblocks, and above all unwavering in my belief that no one deserves to be downtrodden, no matter how many centuries of history tell us it’s always been that way.

And so, looking at the state of the world, primarily in Canada and the USA, and feeling a sense of helplessness and a strong urge to do something I began to look up social justice groups. I came across the Harry Potter Alliance (HPA), which I’d heard about when I was an undergrad. The HPA is a fandom-based, fan-run social justice organization that uses values and ideas from the Harry Potter series as a basis for their activism, which ultimately strives to fight oppressive and regressive movements and policies not just in the USA but on a global scale. In short, the HPA turns fans into heroes. They do this through a variety of different fronts whether it’s book drives for communities in need, campaigning to raise awareness for climate change actions, or calls to action to contact local representatives and lawmakers when discriminatory or unjust bills are being presented, the HPA is there. It is an organization of people that took their childhood (and current) heroes and decided to fight back just as Dumbledore’s Army would when faced with systematic and institutionalized racism, sexism, homophobia, xenophobia, anti-Semitism, and more. I became a volunteer for the HPA where we grapple with many of these issues daily and I feel both honored and privileged to have these courageous, resourceful people as my peers.

Harry Potter’s characters, and the lessons they taught me led me to volunteer with the HPA where I am now the Co-Manager of the Friends of the Apparating Library Book Club where we consider and discuss social justice issues in popular literature (as well as read for fun and get to know others in our community). If you too are inspired by Harry Potter and are interested in becoming part of a community created by brave, cunning, loyal, and intelligent fans that are determined to make the world a better place, consider joining for the HPA by finding a chapter near you, starting your own, or volunteering online. You can also support us by donating or participating in our campaigns, like A World Without Hermione, a campaign that will launch on September 1st in partnership with She’s the First to highlight the role gender inequity plays in removing girls from the classroom in the U.S., Canada, and around the world — and most importantly, how we can change that.

Find us at hpalliance.org, on Twitter @TheHPAlliance, Facebook, Tumblr, Instagram and Pinterest. There will always be injustice in the world, but as Harry Potter has taught me, that means we should never stop resisting and that all of us can be heroes.