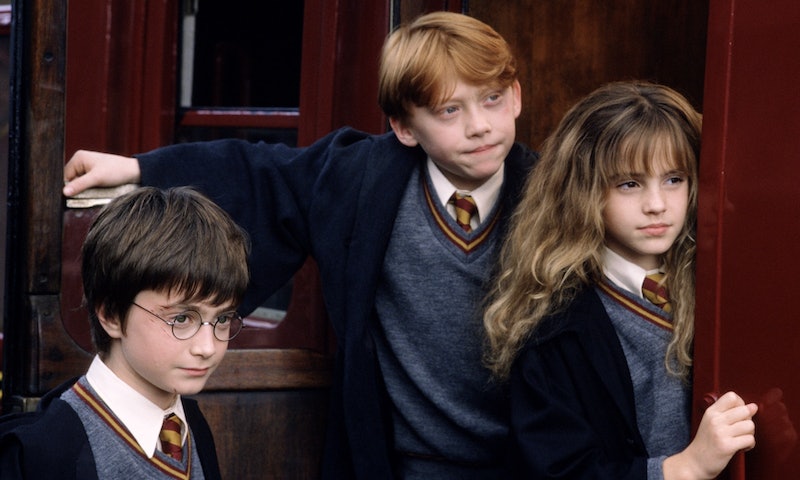 It's been almost two decades since the Wizarding World first got its wings. And, in honor of the franchise's upcoming 20th anniversary, fans will have the opportunity to see every Harry Potter movie ever released on the big screen for a celebratory second go-round. That's right, Hogwarts enthusiasts, 20 years after J.K. Rowling first gifted U.S. bookshelves with Harry Potter and the Sorcerer's Stone, the Harry Potter movies are headed back to theaters for a well-deserved (albeit, relatively short-term) victory lap.

So, to all those diehard Harry Potter aficionados who've been fantasizing about some sort of full-fledged, series-wide movie marathon for what feels like the better part of the current millennium: it looks like that makeshift Imperius Curse you've been practicing on the down-low might not have been totally in vain. Just kidding. But, while this latest bout of Harry Potter news probably wasn't the willful byproduct of some kind of fantastical mind-control spell — much as fans would love that — it still seems pretty safe to say it's doing its part to make audiences' loftiest dreams come true.

How's that, exactly? Thanks to a partnership between Warner Bros. Pictures (the studio that produced the franchise) and Cinemark XD, muggles across the U.S. will have a chance to experience all eight Harry Potter films as well as Fantastic Beasts and Where to Find Them in full-fledged theatrical glory once again come Aug. 31. That being said, the spellbinding jaunt down memory lane does have an expiration date, so fans eager to jump on this opportunity should probably start making plans as soon as possible.

Per a statement from Cinemark, the complete Harry Potter saga (as well as the first leg of its eventual 5-part prequel spin-off series, 2016's Fantastic Beasts and Where to Find Them) will see a limited theatrical run during the first week of September, starting on August 31 and running through September 6. According to Cinemark's press release, the movie-marathoning shindig will go by the name of "Wizarding World XD Week."

The franchise's upcoming theatrical run unfortunately doesn't tout showings across the world. However, U.S.-based fans residing in almost every corner of the nation should hopefully have access to one of Cinemark XD's 141 locations, across 41 states, where the Harry Potter films are set to screen. Those interested in diving into the details regarding exactly when and where the films will be playing should head over to Cinemark XD's website, where hopeful attendees can parse through theater options themselves, purchase tickets, and the like. 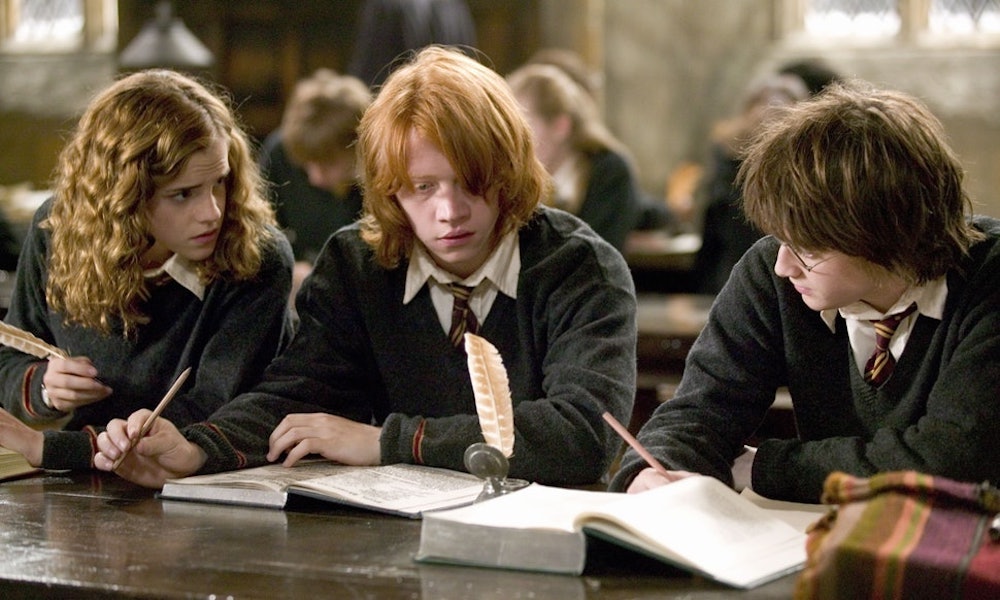 "The Wizarding World holds a special place in everyone's hearts," said Cinemark's CEO Mark Zoradi in a statement, adding that the franchise's magic "truly comes to life" onscreen, courtesy of what sounds like some seriously high-tech, cutting edge visual bells and whistles over at Cinemark.

So, who's already perusing Cinemark's ticket sales in preparation for its upcoming week of all things witchcraft and wizardry? According to the site, audiences have the option to either purchase a ticket to one film for $5, or a festival pass (for all nine films) for $25. Not bad for 20-plus hours of visually-masterful Harry Potter goodness, huh?

More like this
I've Read The Harry Potter Books 30+ Times & This Plot Hole Haunts Me
By Kelsey Stiegman
22 Movies On Netflix That Are Perfect For The Whole Family
By Bustle Editors
At 28, Lesley Manville Was Acting, Picketing, & Singing Kate Bush Songs
By Olivia-Anne Cleary
Reese Witherspoon Gave Fans Hope For 'Legally Blonde 3' After This Surprising Movie Inspired Her
By Jake Viswanath
Get Even More From Bustle — Sign Up For The Newsletter