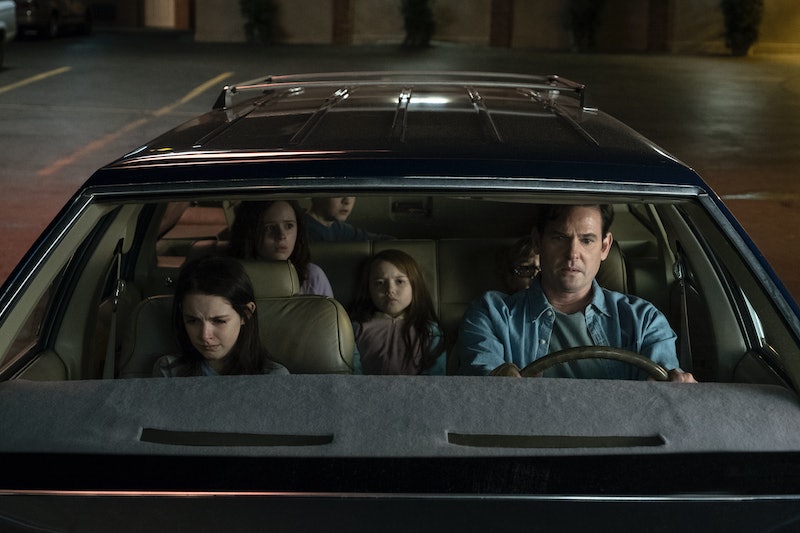 Bly Manor, the second installment in Netflix's Haunting anthology series, will be primarily based on Henry James' psychological horror novel The Turn of the Shrew, which takes place in a spooky country mansion, providing for some scary situation. But, in a recent interview, director Mike Flanagan told BirthMoviesDeath.com that the season will be loosely inspired by all of the author's scary tales, which he says will make it The Haunting of Bly Manor much scarier than the first season. “We’re looking at all the ghost stories of Henry James as the jumping-off point for the season, so it very much is a whole new deal,” he explained to the outlet.

“It’s a cool way to expand on some of the things I loved about season one, but within the framework of a new story, without having to be restrained by the decisions we made last time," he continued. "For Henry James fans, it’s going to be pretty wild, and for people who aren’t familiar with his work, it’s going to be unbelievably scary. I already think it’s much scarier than season one, so I’m very excited about it.”

Although Bly Manor will have entirely different settings, story, and characters than the first season, fans will still see some familiar faces, even if they have new identities. “We’re hanging the season on Victoria Pedretti and Oliver Jackson-Cohen, and in addition to them, there are going to be other familiar actors from season one,” Flanagan revealed, confirming the return of two Hill House stars. “Beyond that, I’ve got quite a few candidates among new faces who I really love, but we haven’t formally cast anybody yet.”

While not much is known about the exact plot of Bly Manor, we do know some info about the new characters. Pedretti is set to play Dani, a governess who is put in charge of taking care of "two very unusual children", while Jackson-Cohen will portray Peter, a "charming fellow" who apparently makes life a living hell for everyone living in the estate, as reported by TV Guide.

And, if you were worried that saying goodbye to Hill House meant saying good bye to the terrifying ghosts that made the series so delightfully scary, in favor of more expensive CGI ghosts, don't fret. “That’s part of the DNA of The Haunting for me—that old-school approach to the ghosts,” Flanagan said. “In particular, we’re having an enormous amount of fun talking about how to take some of the ideas from season one about hidden ghosts and things like that, and find new gears for them this time. It’ll be the same type of story, and we’ll treat the ghosts very much the same way.”

The Haunting of Bly Manor will premiere on Netflix in 2020, meaning you have plenty of time to prepare for the soul to be scared out of you.