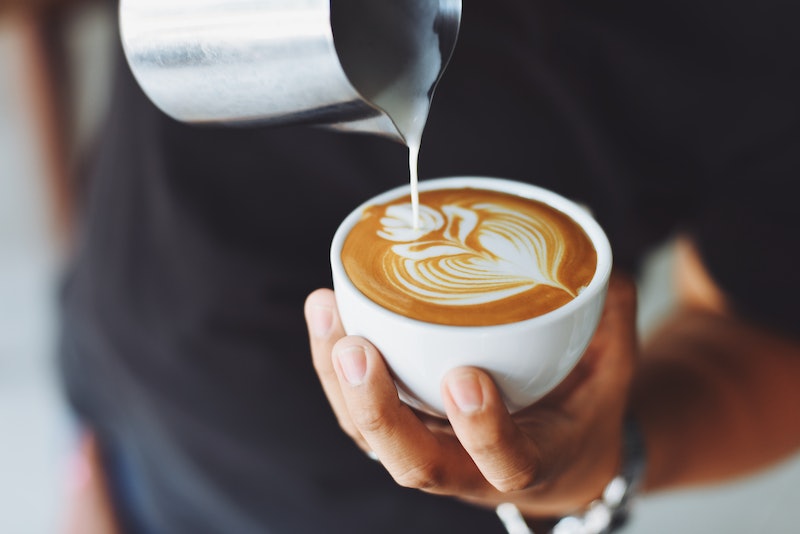 Here's an excuse to indulge: According to recent research from Clarkson University in upstate New York, chocolate and caffeine have unexpected benefits when they're combined — like in the form of, say, a deliciously overpriced mocha. Basically, I'm barely exaggerating when I say science has confirmed that coffee and chocolate are the greatest culinary partnership known to man. (So step off, mint-and-chocolate fanatics.)

In what was probably the most enjoyable study of the year, Clarkson University researchers teamed up with the University of Georgia to test the effects of caffeine and chocolate on mood and cognition. First off, participants were given one of the following warm drinks: brewed cocoa, cocoa with caffeine, caffeine without cocoa, and a placebo containing neither caffeine nor cocoa. Afterward, they completed a series of tests evaluating their mood and cognitive abilities, particularly their attention span.

When researchers compared the different groups, they found that people who drank cocoa alone completed tasks faster and made fewer mistakes. Caffeine alone had similar effects, but it also tended to increase anxiety. Here's the cool part: According to the study, that effect wasn't present in the caffeine-and-cocoa group. In other words, cocoa mitigated caffeine's anxiety-inducing influence.

On top of its apparent calming influence, cocoa has been linked with a number of health benefits. It's packed with antioxidants, and consumption has been shown to reduce blood pressure and improve cholesterol levels. It's worth noting that this applies to raw cocoa, not the sugary stuff you buy at the grocery store, but even dark chocolate is thought to improve cardiovascular health.

In contrast, caffeine's reputation isn't quite so well-regarded. Although coffee is so commonly drunk that this is often overlooked, the fact remains that caffeine is a drug. Studies have shown that caffeine consumption can exacerbate anxiety, especially in people with panic disorder and social anxiety disorder. But I probably don't need to tell you that; everyone who's had one too many cups of java has undoubtedly noticed that it can turn you into an antsy, sweaty mess.

So while both cocoa and caffeine might make you more productive — a finding that's been well-supported by past research — combining them might be the secret to staying sane during finals week. See you at the coffee shop.