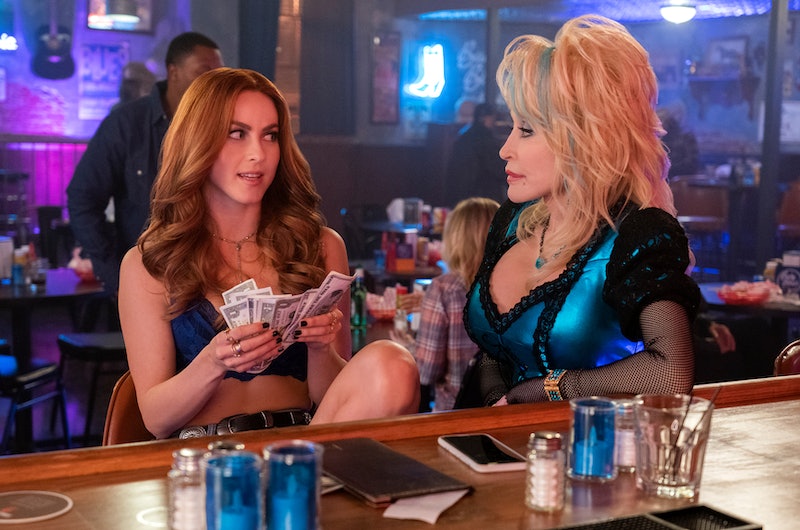 Spoilers ahead for the "Jolene" episode of Dolly Parton's Heartstrings. As a whole, Dolly Parton's Heartstrings leans into the melodrama of Parton's iconic work. The country legend has never been one to mince words, and in the new anthology series, every episode feels like a song turned full-length Hallmark movie, complete with lurid affairs, period costumes, screaming matches, dramatic court cases, and, in the case of "Jolene," a few impromptu musical numbers.

This particular song, released in 1973, is especially rife for soapy storytelling, following a housewife as she confronts a woman who, with one flick of her auburn hair, could take her greatest love away. "I'm begging of you, please don't take my man," she pleads. "Please don't take him just because you can."

These lyrics serve as a musical map for the episode, and the drama transfers quite effortlessly to screen. When we first meet Jolene, she has just been fired from her job as a bank teller. She shows up to her second job at Baby Blues, a honky-tonk known around town for being rowdy, and it is there that she meets Emily (Kimberly Williams-Paisley), who is enraptured by Jolene's confidence. Within their first few minutes of meeting, Jolene guesses Emily's drink (a skinny margarita), threatens to fight her, goes up on stage to perform a duet with Babe (Dolly Parton), and physically hurls a man into a wall for hitting on Emily. In the vein of Hallmark, Heartstrings operates with a "more is more" mentality.

All in all, Jolene's level of effortless cool reflects Parton's source text fairly accurately. In the song, Jolene is described as utter perfection. Her beauty is "beyond compare," her smile is like a "breath of spring," no man could ever resist her. Rather than berate Jolene or put her down, Parton vulnerably admits that she is threatened by this tornado of a woman who has everything she doesn't.

Similarly, we watch Emily spiral with self-doubt and suspicion over her husband's affection for Jolene until eventually, she confronts Jolene at the town festival. "I can't compete with you Jolene," she exclaims. "My marriage, my happiness, depends on you. I am asking you woman to woman, stay away please."

In the end, Emily gives us the one thing the song does not: a confrontation with her husband. He admits to toying with the idea of having an affair, but ultimately, they both make the decision to work on their marriage. As for Jolene? She moves to Nashville to become a famous country singer.

The acting is shaky at times and the scenes have their fair share of cheesy dialogue (at one point, Babe describes Jolene as someone who would "flirt with a napkin" if she could), but it almost feels right in this context. What would a Parton project be without some melodrama? If you are both a Dolly stan and in the market for a new guilty pleasure that takes her songs to the nth degree, Heartstrings is it.