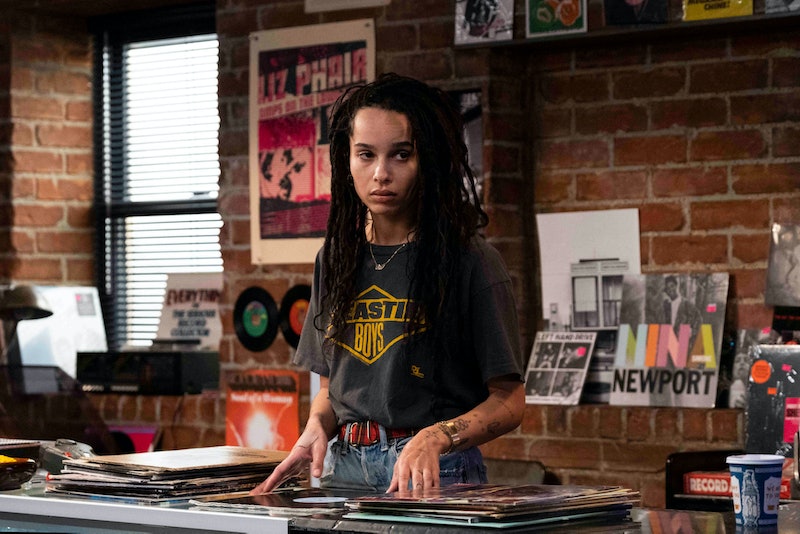 With novels like A Long Way Down, About A Boy, and Juliet, Naked Nick Hornby is one of the most well-loved and prolific British writers right now. While many of his works have garnered attention, one of his most famous books is the 1995 novel High Fidelity. Hulu has created a series adaptation of the story which looks amazing but has some pretty major differences. While it's definitely worth a read, if you can't wait to find out what happens, this is what you need to know about the High Fidelity book ending.

Hornby is a lyricist, as well as a writer, so many of his books touch on the topic of music. High Fidelity is more invested in music than most. It follows Rob — a record shop owner who can tell you the top five tracks of just about any genre — after he breaks up with his girlfriend Laura. To try and get over the break up, he spends his days sorting songs into lists and goes on to create his top five desert island discs break up songs, with one for each break up. However, connecting with the loves of his past takes a turn when when his ex Laura’s dad dies. She gets back in touch to say she wants to see him one more time. They realise they want to get back together but only on the condition that Rob changes his ways and focuses on his top five dream jobs. With the help of Laura and artist Marie LeSalle he resurrects his DJ career.

A look at why we fall for certain people and why certain people have a hold on us, High Fidelity is a feel-good read ideal for music fans. Fans of Hornby don’t have long to wait to see the storyline play out on screen. It was announced that Sarah Kucserka and Veronica West would be bringing High Fidelity to Hulu in 2020. However, there’s one pretty major twist to the story. The main protagonist, Rob, will be played by Zoë Kravitz. While in the original Rob is a man Hornby has welcomed the twist. Speaking to The Post he said, “I thought it was really cool, especially when I found out who the woman was going to be. I never thought it was about guys particularly. I thought it was about music and relationships.” It's not the only change — in the book the story is set in London and in the series Rob and her record store can be found in New York's Brooklyn.

The ten-part series will follow much the same storyline as the book. Kravitz’s character can’t seem to shake her ex-fiancé Mac (Kingsley Ben-Adir), who dumped her a year ago and recently moved back to the city. Speaking about the role to Elle she said, “the part of Rob is the closest thing to me I have ever played. I know Rob so well. I, too, found being a teenager and young adult hard to navigate, and music was a refuge for me, somewhere to hide. I made playlists and would lie on the floor of my room listening to Jeff Buckley, learning the lyrics to songs that were the emotional soundtrack of my life.”

High Fidelity aired on Hulu on Feb. 14 and is available to stream now. There’s no confirmation that the creators will stick to Hornby’s original ending so you’ll have to watch to the series to know for sure how it all plays out.