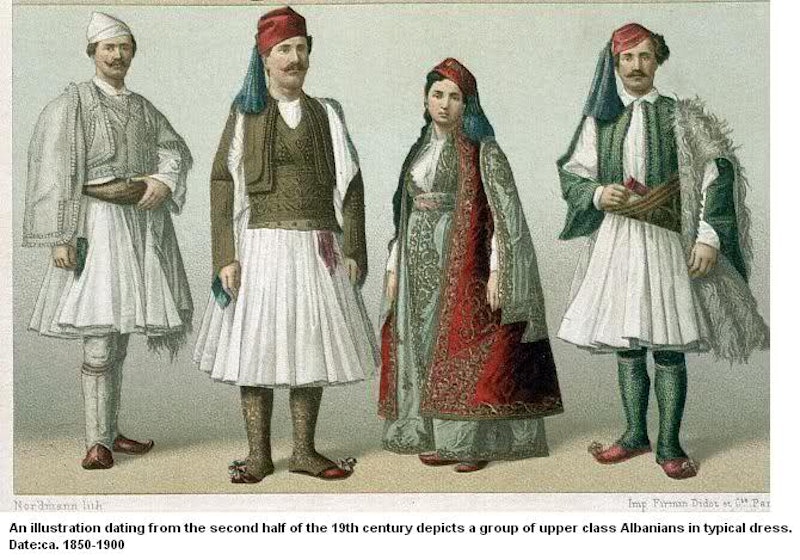 In the UK, where I live, a debate has recently erupted over student dress codes, as gender-neutral uniforms will soon be instituted at at least one school. Though the actual issue at hand has to do with students feeling free to express their gender identity and is rather complex, the media narrative is a bit more simplified: should boys be allowed to wear skirts, just as women can now wear pants?

But what you might not get from the current discussion is the notion that pants are masculine — and skirts are feminine — is much newer than most of us think. The entire idea of skirts as specifically female dress was brought about in European thought by a combination of tailoring innovation and particular occupations; and the tradition of men in cloth wraps, skirts, tunics, robes and other non-pant items is vast and ancient. So why are we getting our minis in a twist about private school kilts being available to all students?

Skirts on men have, of course, been used as a quick method of signaling gender-conforming behavior for decades, from the glorious gown-wearing David Bowie to Kurt Cobain and Nirvana sulking around in floral dresses. However, the movement to make skirts socially acceptable wear for men — something ordinary instead of a sign of specific thought or intent — is garnering strength on the world's catwalks and among certain millennial men. What's often missing in the discussions of skirts on men is historical context, so let's get into the realities of how men have been sporting flowing hemlines for eons.