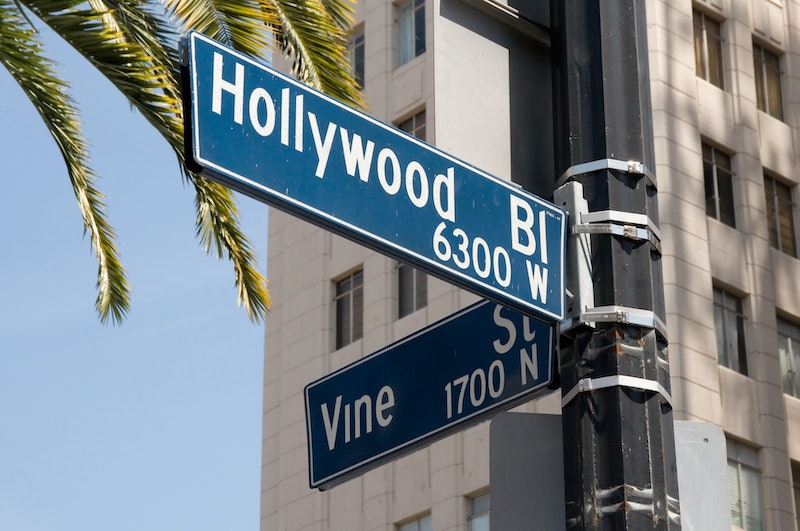 New research has quantified the Hollywood gender pay gap: female actors earn about $1.1 million less per movie than male actors, and things get even worse when they get older. Or, to put it another way, women make about 25 percent less per film than their male counterparts, even with aspects like experience and popularity factored in. Little wonder, then, that so many female actors have spoken out about the pay disparity.

Sofia Izquierdo Sanchez of the University of Huddersfield, Maria Navarro Paniagua of Lancaster University, and John S Heywood of the University of Wisconsin-Milwaukee analysed 1,344 different films to assess the pay gap, using sources like IMDb and Box Office Mojo. The films featured 267 different stars, with 38 percent of them women. The study focused exclusively on gender, though it's vital to note that women of colour are significantly underpaid in comparison to white women.

On average, the researchers found, women earned $2.2 million less per film, or 56 percent less than men. As Izquierdo Sanchez noted in an article in the Conversation, however, "a lot of this difference can be explained by the myriad factors that determine an actor’s pay," factors including "the financial success of the previous films that actors had been in, the genre of the film and the actor’s popularity."

The researchers went on to control for those mitigating factors, as well as for "differences in time spent shooting (in other words working), for the profitability of the current film, for its production budget, as well as other movie and actor characteristics." But still, a $1.1 million pay gap remained. And for actors over 50, that gap expanded dramatically, regardless of their increased experience in the industry: older female actors earned almost $4 million less than male actors.

As mentioned above, the pay disparity is even more significant for women of colour, who both receive lower pay than white women and are afforded fewer opportunities. Speaking to the Associated Press in July, Gabrielle Union addressed the racism at play in Hollywood. "We are so woefully underpaid, under-appreciated, disrespected," she said. "Based on the numbers that I know that Black women, Latinas, Asian women, Indigenous actors are making, there is no other logical reason why we are paid what we are paid versus what our contemporaries are paid who are lacking melanin."

“There are no percentages to show the difference,” Viola Davis told Variety in 2018. “Hispanic women, Asian women, Black women, we don’t get paid what Caucasian women get paid. We just don’t. … We have the talent. It’s the opportunity that we’re lacking.” According to a study by the University of Southern California's Annenberg School for Communication and Journalism, only 11 of the top 100 films in 2018, cast a woman of colour as the lead or co-lead (2017 was even worse, with only four women of colour in these roles.)

The Writers Guild of America’s 2016 Hollywood Writers Report demonstrates that the pay gap also exists for talent behind the camera, though no figure is given for women of colour: in 2014, white men earned a median of $133,500, white women earned $118,293, and people of colour earned $100,649.