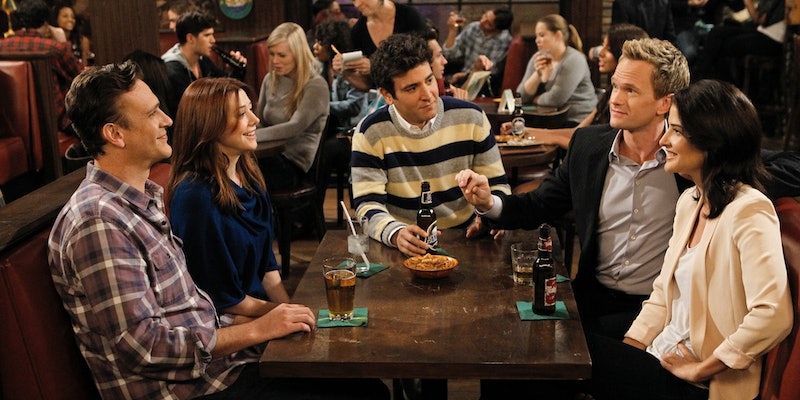 As wonderful as it is that the writers are so in demand, the time for a gender-flipped take on How I Met Your Mother is now. A show about a woman looking for love in New York while having adventures with her friends is the stuff comedy dreams are made of. Hangout sitcoms are so much fun. They're little 30 minute breaks from the world, and there are precious few of them left.

If there is a true heir apparent to Barney and the gang, it's New Girl, but the show is in Season 6, and has yet to be picked up for Season 7. As much fun as family and workplace comedies are, the world needs a new set of friends to hang out with, and that is exactly what the How I Met Your Father premise promises.

While the original How I Met Your Mother was a joyful, clever show, it was also deeply problematic at times. The series did not always do the best job when it came to female characters, and Barney's treatment of women was often downright deplorable. That's part of the reason why How I Met Your Father is so appealing though — it is a chance to use a format that worked so well to tell a story from the point of view of a woman and her group of friends. Having two of This Is Us' best writers on the job was a happy bonus.

Development season is a tricky time for TV fans. It is all too easy to get attached to projects before they have been officially picked up, but this second go at revisiting one of the most beloved modern sitcoms sounded so promising, it was impossible not to get excited.

The sad truth is, if How I Met Your Father doesn't come to fruition soon, it probably never will, and that is depressing news for fans who would love to see what the premise would look like with a female Ted Mosby at the center. Hopefully, the networks will deliver another hangout sitcom for fans to obsess over this season, but if it doesn't happen, I will be over here patiently waiting for the long-promised How I Met Your Mother spin-off to finally make it on air.