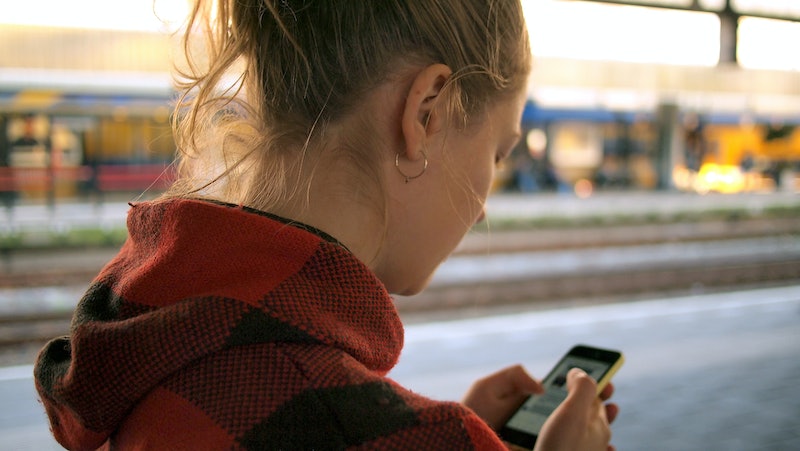 Attention bloggers looking to break into the crowded Insta game: there's a new hack for how to increase Instagram engagement and speedily rack up likes on your latest selfie. What is this secret weapon I speak of? Pods. I'm not talking about the ones that go into a Keurig — but a social network within a social network, a group, a posse, a squad of like-minded people all working towards the same goal. According to Racked, groups of social influencers are joining together to "like" and comment on each others' work in an attempt to game the system and *potentially* beat the latest algorithm.

Instagram creators' reach always changes with each new update, but many are still reeling from the controversial update in March of 2016. Last year, Instagram shook things up in a big way, launching an algorithm-driven Feed instead of posts appearing in chronological order, along with the introduced the Explore tab, which shows users images based on the user's social media interests and things they have liked in the past. After the changes were made, panic ensued over the strange new Feed order, and from the chaos sprung the "comment pods" theory. While it is uncertain whether the engagement of a small group of influencers actually changes a post's placement, it may determine which ones appear in the Explore tab.

The comment pod cooperatives agree to engage with each other's posts in those first crucial minutes after they go live. "One element of the Instagram algorithm to gain followers is sparking engagement quickly on your photos. This quick engagement has many benefits including boosting your photos into Hashtag Top Posts," writes InstaRevealed, which has organized quite a few of these pods. "The Hashtag algorithm looks at your likes and comments vs the other photos using the same hashtag’s likes and comments to follower ratio in specific time periods after your post." Pods can range from travel, style, food, health and wellness, lifestyle and all sorts of smaller niche groups.

Pods have rules that they believe help give the manufactured engagement the seeming veracity needed to boost posts. Group members must engage with a post quickly after it goes up, and comments must be at least three words long (not including emojis). These rules seek to imitate the kind of "meaningful" engagement that makes a 'grammer appear influential, and can be quite a time consuming activity.

While it has yet to be proven if the attention of pods actually helps move a post in the Feed, the rise of manufactured (fake) engagement may make it difficult for brands to ascertain what comments are authentic and what are just a tit-for-tat agreement between creators with similar interests. As Racked explains, hose who are paid for product promoting posts are judged on the "relative" comments they get, and if these pods become influential, the data may be considered tainted. Of course, if these pods do truly take off, then Instagram would probably just change the algorithm again...