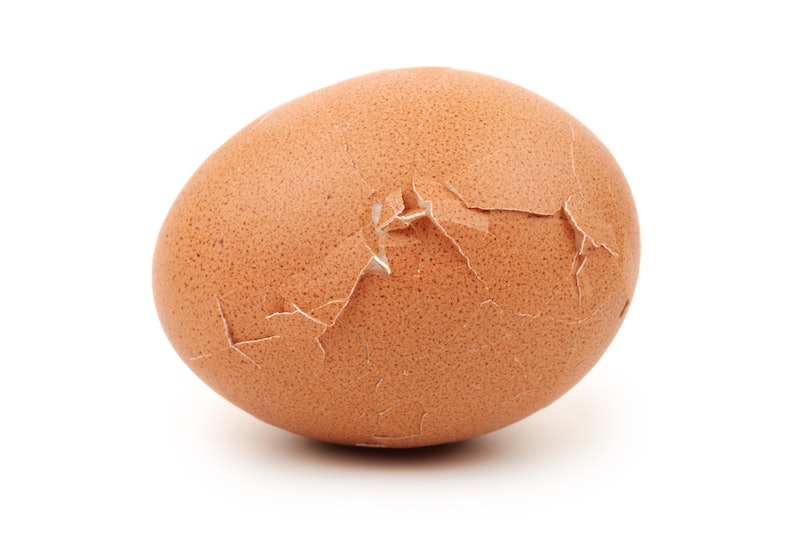 A major mystery has finally come to an end: the purpose of the Instagram's world-record egg has been revealed. After the 2019 Super Bowl on February 3, 2019, a one-minute @world_record_egg commercial ran on Hulu, highlighting a powerful and creative message about mental health.

The world-record egg became an overnight viral sensation after the photo of a brown egg on a plain, white background was posted to Instagram on Jan. 5, according to CNET. The caption to the post challenged people to make it the most-liked Instagram post of all time, saying, "Let’s set a world record together and get the most-liked post on Instagram. Beating the current world record held by Kylie Jenner (18 million)! We got this." The internet rose to the challenge, and the world-record egg currently has upwards of 52 million likes on Instagram.

It only took 10 days for the internet to beat Kylie Jenner's current record, BuzzFeed News reports. Since reaching its initial goal, the account has posted four other photos leading up to the big reveal. Each was of the same brown egg on a plain white background, but the egg had more and more cracks in it with each new post. But the account holder has remained anonymous, says BuzzFeed News, although it sometimes responded to messages from the media. Like it once told BuzzFeed News that it was a chicken named Henrietta from the British countryside, but it told Mashable that the egg's name was Eugene.

Then on Feb. 1, the account posted the photo of an egg with the same number of cracks as before, but this time it looked like a football. The caption read, "The wait is over. All will be revealed this Sunday following the Super Bowl. Watch it first, only on @hulu."

During the Hulu commercial right after the Super Bowl, the cute, insta-famous cartoon egg greeted us and then slowly began to crack before our eyes, saying social media pressure was getting to it. Then, a fully cracked egg lifts its arm up and points to a prompt that tells viewers that if they're starting to crack too, there's always someone they can talk to. "We got this", the egg says, now with a smile. Then, the video points users to mentalhealthamerica.net.

While the egg's big reveal may seem surprising — its important message about mental health is being applauded on social media. As user @linipanini330 put it, "As someone who experiences mental illness myself, I was in tears watching this one minute clip. It’s time to #erasethestigma." User @carolaskyn said, "MoreThe World Record Egg reveal on @hulu was tremendous. Shout out to the #EggGang creator for using their 15 minutes of (anonymous) fame/massive reach for good. #TalkingEgg."

Seeing the Instagram account with the most-liked post of all time tied to a campaign on the importance of mental health not only gives visibility (and a lot of it, the @world_record_egg has 10 million followers) to such an important topic, but it gives hope to busting the harmful stigma surrounding mental health once and for all.

More like this
Ashley Benson Revealed The Whole-Body Effects Of Her Anxiety On TikTok
By Stephanie Topacio Long
What Does “The Rizz” Mean On TikTok? The Viral Slang Term, Explained
By Alexis Morillo
The 10 Memes That Defined 2022
By Alexis Morillo
This AI Filter Shows How You’d Look In Different Time Periods
By Alexis Morillo
Get Even More From Bustle — Sign Up For The Newsletter