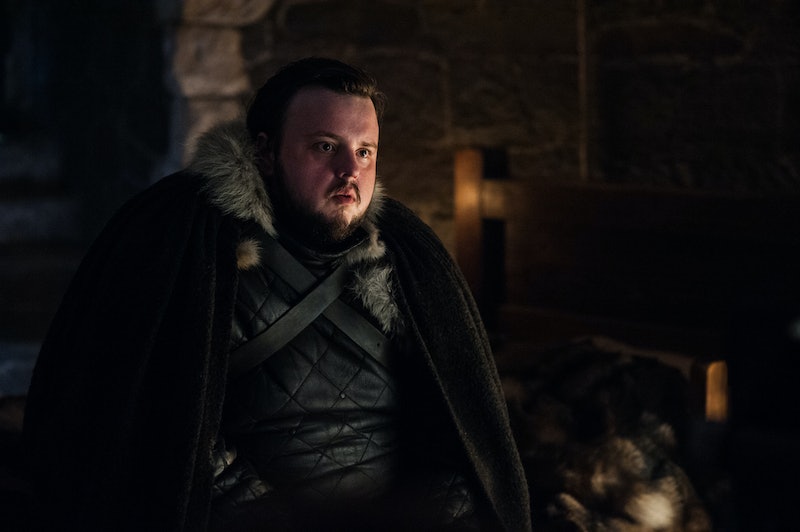 While it's relieving that Sansa and Arya were playing a game together on Game of Thrones and not really harboring problematic feelings towards each other, there is an issue with misogyny brewing in House Stark. Bran is still sexist on Game of Thrones, and the Jon Snow/Aegon Targaryen "reveal" had a major misogyny problem. Sam and Bran have a nice friendship, but their exclusion of women is an issue, especially in this week's season finale.

Bran has known this information for a while, but chose to withhold it from his sisters — one of whom is literally the sitting ruler of Winterfell — and instead let Samwell Tarly be the first person he tells the truth about Jon Snow's parents. If Bran had told Sansa this information immediately, instead of alluding to it in vague terms with no context, she could have done something about it and told Jon the truth via raven. Bran may not have known everything about Jon's trueborn status, but he would have known enough to keep Jon out of bed with Daenerys Targaryen.

Besides, this season has made is crystal clear for everyone who was not already on board that Sansa Stark is not to be underestimated — something that characters on the show and fans of the show do constantly. She should have been informed about Jon immediately, not told she would not understand Bran's power and position. Sam didn't even understand what being the Three-Eyed Raven meant, and yet Bran still included him in vital information — why couldn't he have done the same for his sisters?

And then there's Sam, who also deprived Gilly of the discovery she made when he wasn't listening and her possible moment. When Gilly first discovered the truth of Rhaegar and Lyanna were secretly married (meaning Jon isn't a bastard but the rightful heir to the Iron Throne), it seemed like Sam was only guilty of ignoring her subsequent questions about marriage annulments, but the truth was even worse. He passed her effort off as his own research. Perhaps he doesn't deserve to keep those feminism points for protesting that Gilly was "person, not a goat" so many seasons ago.

And sure, Sam's information about Rhaegar's secret marriage gives the reveal a little more weight. It is more economic, plot-wise, to have these characters put their two and two together, together. Maybe, as the Three-Eyed Raven, Bran knew he had to wait for Sam in order to solve this mystery. That's the only logical olive branch. Otherwise, it's just rude and downright sexist to leave Sansa and Arya (and Gilly) out of this conversation.

This whole reveal just goes to show that the series can be wishy-washy when it comes to feminism and representing both female and male characters. For every Queen making an entrance on a dragon, and teen girl assassin slicing a traitor's throat, there are men refusing to communicate with women when it counts — and that doesn't go unnoticed, Game of Thrones writers.