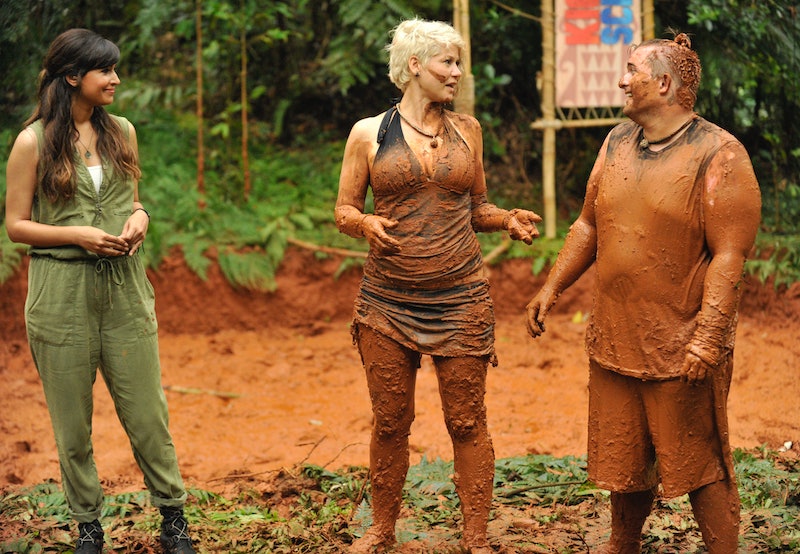 When I first heard that there was a new TV show called Kicking & Screaming premiering on Thursday, March 9 at 9 p.m. ET on FOX, I thought to myself, they made a small-screen adaptation of that terrible Will Ferrell movie? Well, no, they haven't — not yet, at least. No, this Kicking & Screaming is a reality competition where 10 expert survivalists are paired with 10 people who really shouldn't be in the great outdoors to see which duo can not only survive but thrive in the wilderness in order to take home a cash prize of $500,000. Now that sounds much more interesting to me. So who's up to the challenge and will be a part of the Kicking & Screaming cast?

The survivalists are no joke. This is a group that features former members of the military, martial artists, and people who make a living out of teaching others how to survive in the wild. The novices, on the other hand, well, they're probably going to make you let out a few — OK, many — giggles throughout the season. The people in this crew, made up of a fashion blogger, etiquette expert, and a NBA cheerleader, just to name a few, have never camped outside in their backyards, so let's just say that they're going to find Kicking & Screaming to be a bit of a difficult experience.

When you put completely opposite people together, you know that drama and hilarity are basically guaranteed. But could I be judging the novices too harshly, and do the survival experts have more hardships ahead of them than I may realize? Let's get to know the Kicking & Screaming cast on a deeper level, shall we?