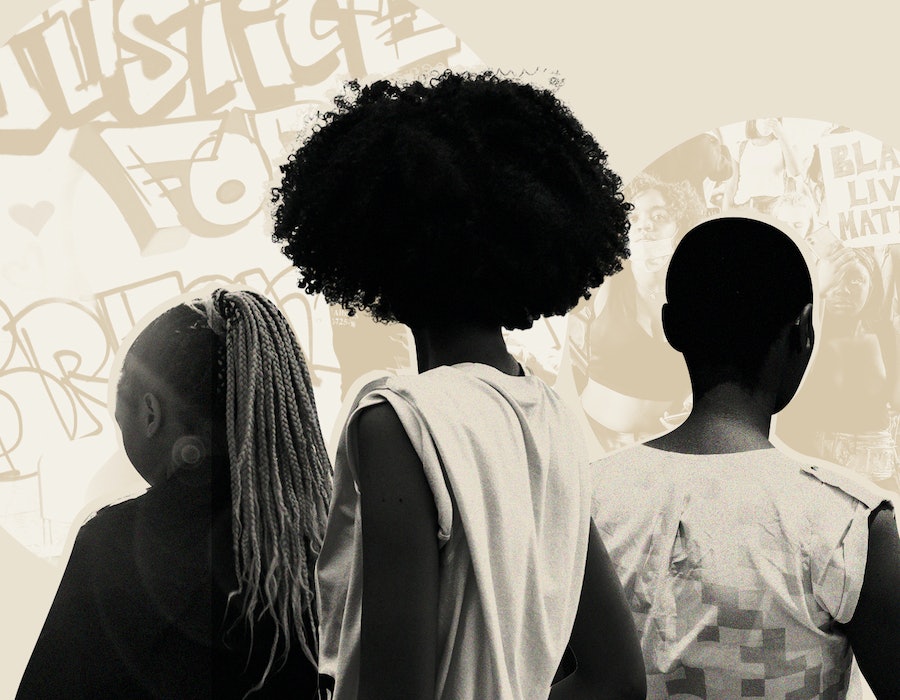 For the past several days, I went to sleep thinking of Darnella Frazier — the courageous 17-year-old Black girl who filmed the police killing of George Floyd in Minneapolis. Because of her bravery and commitment to documenting Officer Derek Chauvin pressing his knee into Floyd’s neck for nearly nine minutes — yet another example of anti-Black policing — the world bore witness to the too-often fatal edge of racist police violence. The video of Floyd’s death, which revealed the outright lies the involved officers told, caused collective outrage. People poured into the streets of cities across the world, despite a global pandemic disproportionately affecting Black communities, to decry this heinous act of grave brutality. The video was a breaking point.

On social media, I saw thousands of posts about George Floyd. People connected his death to an inglorious history of police killing Black men and boys. Many of the protests center Floyd as well as a pattern of racial injustice in policing. It was only six years ago when we saw Eric Garner utter “I can’t breathe” as Officer Daniel Pantaleo choked him until he took his last breath. In Floyd’s killing, people saw the killings of Michael Brown, Tamir Rice, Botham Jean, Stephon Clark, and many other cisgender Black men and boys.

I also noted how few of the anti-Black policing “victims’ list” posted and widely circulated included women and girls. I was disheartened more of these call-outs didn’t include the recent police killing of Breonna Taylor in Louisville, Kentucky. Although killed in March 2020, the emergency medical technician’s story only became more widespread in the past few weeks. During the violent execution of a no-knock warrant, police killed Taylor in a barrage of bullets that struck her at least eight times. Her killing fit within a troubling history of police killing Black women and girls in their homes.

Hearing Taylor’s story immediately conjured memories of police killing other Black women and girls, such as Atatiana Jefferson, Aiyana Stanley-Jones, and Pearlie Golden, in their own homes, where no brave bystanders could bear witness and record their senseless deaths at the hands of police. Not even their homes could offer safety from fatal violence initiated by those paid by our tax dollars “to protect and serve.” Golden was a 93-year old woman in mental distress. Stanley-Jones was a 7-year-old asleep in her bed. Jefferson was a 28-year-old playing video games with her nephew. Their lives mattered.

Not even their homes could offer safety from fatal violence initiated by those paid by our tax dollars “to protect and serve.”

In 2015, when the African American Policy Forum released the #SayHerName report, the organization powerfully called out the recent history of police brutality against Black women and girls. Five years later, the push to acknowledge and rally around Black women and girls victimized by police violence remains an uphill battle. It can feel like screaming into a void when proclaiming that police kill Black women, girls, gender-variant and nonconforming people, and trans men at a disproportionate rate, too.

Black folks of all genders take to the streets to protest the stark reality that Black men and boys are disproportionately victims of police killings. The comparative lack of mobilized outrage for the killing of Black women and girls is an injurious erasure. It also begs the soul-crushing question: Why does killing Black women and girls warrant only a footnote in how we understand and reckon with police violence?

Police and state violence against Black women and girls in this nation began with the trans-Atlantic slave trade and continues through the deaths of Black women in police custody such as Diamond Ross, Layleen Polanco, Sandra Bland, Kindra Chapman, Ralkina Jones, and Joyce Curnell. This history encompasses lynchings, rampant sexual violence, physical assaults, and the criminalization of Black womanhood and girlhood. The convergence of anti-Black racism and sexism in U.S. history is a violent and too-often fatal force. Black women were “strange fruits hanging from poplar trees,” gang raped by white supremacists, assaulted on chain gangs while incarcerated, and forcibly sterilized as part of racist eugenics agendas. The countless examples, both documented and unknown, make it impossible to excise Black women and girls from any discussion of and movement against anti-Black violence in the United States.

Demanding we #SayHerName or asserting that #BlackTransLivesMatter doesn’t detract from grappling with police violence against cisgender Black men and boys — it expands how we think about the depths and perniciousness of anti-Black police violence.

It’s time to broaden the scope of how we understand police brutality and whose deaths we mobilize around. To allow sexism to affect how we talk about and protest anti-Black racism and police brutality reveals a half-*ssed commitment to racial justice. The police killings of Black women, girls, and trans men need to be addressed in the ongoing struggle to end police violence against Black people. To #SayHerName can’t just be an empty gesture prompted by the demands of a few to see state-sanctioned killings of Black women and girls as worthy of viral campaigns and local, national, and global protests. That hashtag, as well as #BlackTransLivesMatter, are calls to action, to remembering, and to revealing a fuller truth about anti-Black police violence.

The intensification of protests over the past few days means awakening to the smell of state-sanctioned blood lust — a disturbing combination of remnants of tear gas, pepper spray, and fire. Although protests in cities like Louisville call out Breonna Taylor’s name and tell her story, it’s imperative for all engaged in the struggle against anti-Black police violence to invoke the names and tell the stories of Black victims of all genders. We should be in streets for them, too.