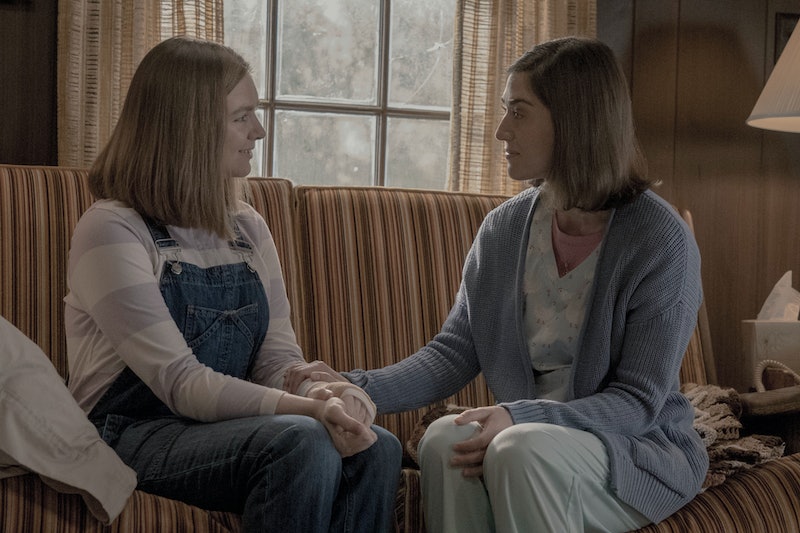 Spoilers ahead for episodes 1-3 of Castle Rock Season 2. At the outset of Castle Rock's second season, Annie Wilkes and her daughter Joy are driving across the country in search of their "laughing place," an unspecified location that will, after a life on the road, supposedly allow them to finally settle down and be happy. However, if you've ever heard the term before, you'll know the "laughing place" is far more nefarious than its name would have you believe — which will likely prove true in Castle Rock too, considering it's a horror show.

The first mention of a "laughing place" seems to have been in Joel Chandler Harris' Uncle Remus tales, which are based on African American folkore and were published in the 19th century. In the story, the hero Br'er Rabbit gets caught by Br'er Fox and Br'er Bear and escapes by tricking them into following him to his "laughing place," which turns out to be a tree full of angry bees. Br'er Rabbit describes the idea of a safe haven and uses that to lure his enemies into a dangerous trap; for a children's tale, it's a pretty dark and twisted concept.

You might also know the "laughing place" if you've gone on Splash Mountain at Disney's Magic Kingdom. The ride is based on Disney's 1946 film Song Of The South — which follows the story of Uncle Remus — and one of its animatronic animals sings "Ev'rybody's Got a Laughing Place." (The film depicts racist stereotypes and is considered too offensive for a home video release, but you can watch a singalong version of "Everybody Has A Laughing Place" featuring Donald Duck's uncle Ludwig Von Drake that's palatable.)

As it pertains to Castle Rock, though, the "laughing place" is a reference to Stephen King's Misery, in which the character of Annie Wilkes originated. In the 1987 novel, Annie takes her favorite author hostage and violently tortures him until he finishes his next book. At one point, she leaves to go to her "laughing place," which turns out to be where she keeps the bodies of the people she's killed. It's just one of the many macabre aspects of Annie's life that she sugarcoats with folksy, childish language.

Castle Rock, then, functions as sort of a prequel for Misery. Star Lizzy Caplan, who plays Annie, called it "Chapter 2" of the character's story, with Chapter 1 being her childhood and Chapter 3 being Misery. "Whatever her mental issues are, they have been allowed to completely blossom by the time we meet her in Misery," Caplan told reporters at New York Comic-Con. "Our Annie, she's still moving through the world. She's interacting with other people. She has a daughter to look after."

So, what the "laughing place" represents to Annie in her Misery future is a little different than what it means on Castle Rock. It may become something sinister later on, but for now, it symbolizes a safe haven for the Wilkes women — albeit perhaps an unattainable one.