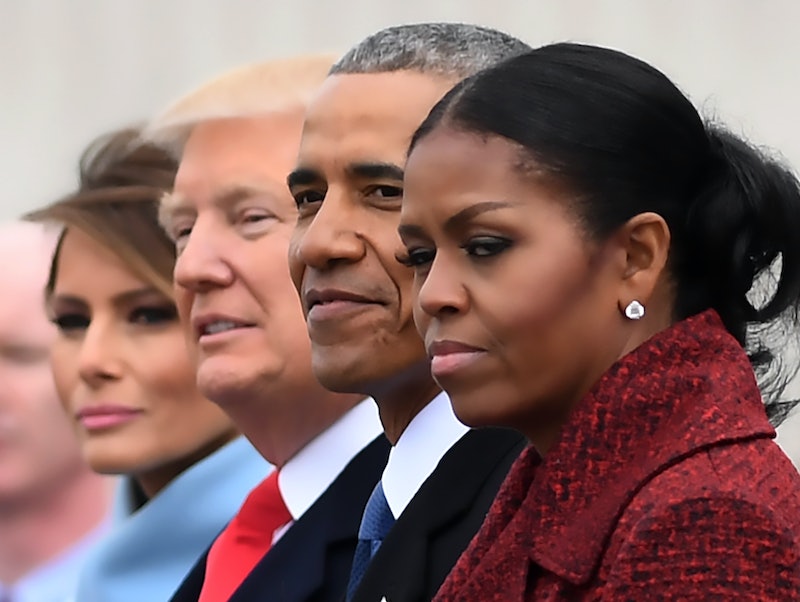 In the past six months, as the current presidential administration has continued to flounder and failed to pass legislation, such as an Obamacare repeal, that it promised on the campaign the trail, the acrimony between the sitting president and his predecessor has escalated. But on Sunday, CNN brought us back to happier times, when there was still hope that the new administration might not be as much of a disaster as many think it is. The cable news network obtained and released a copy of the never-before-published letter President Barack Obama gave to Donald Trump on Inauguration Day, and yes, it's just as gracious as you'd expected a letter from the 44th president to be.

"Congratulations on a remarkable run," Obama opens his letter, perhaps in an attempt to clear the air after having made critical remarks about Trump during the 2016 election process. "Millions have placed their hopes in you, and all of us, regardless of party, should hope for expanded prosperity and security during your tenure."

The tone of this letter comes in stark contrast to what Obama said in 2016. For example, in a sly reference to Trump's past as a judge of the reality show The Apprentice, the then-president remarked: "We are in serious times and this is a really serious job. This is not entertainment. This is not a reality show. This is a contest for the presidency of the United States."

Obama then went on to offer Trump some advice: "This is a unique office, without a clear blueprint for success, so I don't know that any advice from me will be particularly helpful," he wrote. "Still, let me offer a few reflections from the past 8 years." He then recommended four tactics to Trump: First, he said, focus on helping the economically impoverished and disadvantaged to achieve success. Second, remember America's role as the leader of the current international order. Third, make sure American democracy remains strong. And finally, take time for friends and family.

At the beginning of his tenure as president, Trump "It was long. It was complex. It was thoughtful," Trump told ABC News about a week after being sworn into office. "And it took time to do it, and I appreciated it." Trump however, did not show the letter to journalists at the time. And in the months since that honeymoon period, Trump has since made ad hominem attacks against his predecessor. "He was very nice to me but after that we've had some difficulties," Trump told CBS News, speaking of Obama. "So it doesn't matter. Words are less important to me than deeds. You saw what happened with surveillance, and everybody saw what happened with surveillance." (Trump's claims about Obama wiretapping Trump Tower have since been proved as baseless by the Department of Justice.)

Obama, on the other hand, has shied away from personal attacks, though he did speak out against Trump's decision to exist the Paris climate accord and attempt to repeal the Affordable Care Act.

Read below for the full letter:

Congratulations on a remarkable run. Millions have placed their hopes in you, and all of us, regardless of party, should hope for expanded prosperity and security during your tenure.

This is a unique office, without a clear blueprint for success, so I don't know that any advice from me will be particularly helpful. Still, let me offer a few reflections from the past 8 years.

First, we've both been blessed, in different ways, with great good fortune. Not everyone is so lucky. It's up to us to do everything we can (to) build more ladders of success for every child and family that's willing to work hard.

Second, American leadership in this world really is indispensable. It's up to us, through action and example, to sustain the international order that's expanded steadily since the end of the Cold War, and upon which our own wealth and safety depend.

Third, we are just temporary occupants of this office. That makes us guardians of those democratic institutions and traditions -- like rule of law, separation of powers, equal protection and civil liberties -- that our forebears fought and bled for. Regardless of the push and pull of daily politics, it's up to us to leave those instruments of our democracy at least as strong as we found them.

And finally, take time, in the rush of events and responsibilities, for friends and family. They'll get you through the inevitable rough patches.

Michelle and I wish you and Melania the very best as you embark on this great adventure, and know that we stand ready to help in any ways which we can.