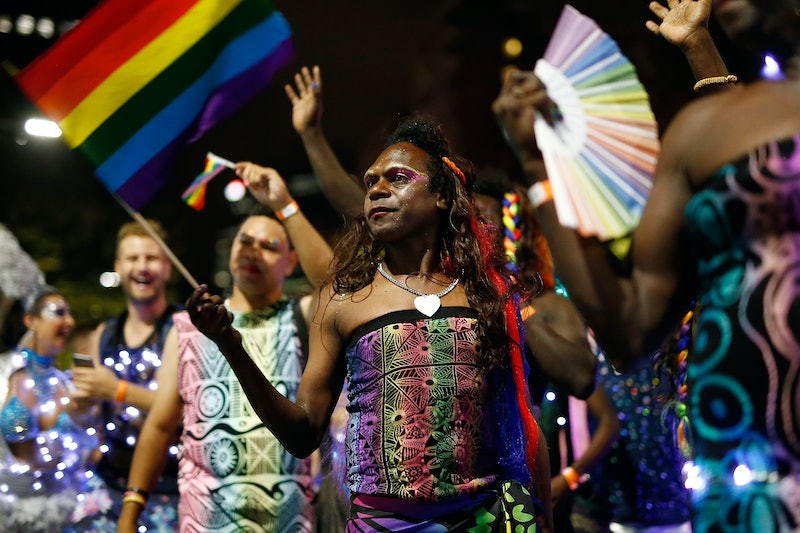 A gay man who supports Donald Trump claims the LGBTQ+ community discriminated against him by not letting him march in the North Carolina pride parade. However, the LGBTQ+ community has every right to reject Trump supporters, because they are under no obligation to endorse views that actively undermine their community.

Brian Talbert, an outspoken Trump supporter, claimed he was discriminated for his political beliefs after his application for an American-themed float at the Charlotte Pride Parade was rejected. Talbert told The Washington Post that Charlotte Pride accused him of being "anti-gay," which he claimed doesn't make any sense. “I’m gay, I’m proud, I’m open and I’m Republican," Talbert said. "I don’t see how I was going to be anti-gay anything because that would be anti-me.”

The central flaw in Talbert’s argument is that he failed to consider the other people that are represented in his community. Participating in Pride is about a lot more than being gay — it's about being supportive and inclusive of all community members and their intersectional identities. Republicans and Trump specifically have shown repeatedly that they aren't interested in supporting the realities of life for undocumented immigrants, trans people, or women, all of whom are included in the LGBTQ+ community.

And there’s a huge difference between being a Republican and being a Trump supporter. There’s no telling what Talbert’s level of political activism is, but if he is working within the GOP to create LGBTQ+-friendly reform, he should be lauded for it. If he’s actively critiquing and speaking out against Trump’s anti-LGBTQ+ policies, he should also be commended for that work.

However, supporting Trump and the Republican party without caveats is inherently anti-LGBTQ+. The party’s platform explicitly seeks to redact LGBTQ+ rights, which means any event or organization that supports LGBTQ+ people has the right to exclude those who support their social subjugation.

The conflict here is similar to the fight that surrounded the Women's March in January, which dropped anti-choice sponsors in an effort to make the movement more inclusive. In the same vein, pro-life marchers were encouraged to come to the event, but their views on abortion rights were not endorsed by the organization. Pride Charlotte hasn't said anything about not welcoming conservatives at all, only that they can't be part of representing the entire community.

This also comes back to the issue of free speech and its longstanding position on the paramount of American rights. The First Amendment is one of the greatest benefits of being an American. By putting it first in the Bill of Rights, the Founders clearly intended free speech to supersede other privileges in the case that they clashed. And LGBTQ+ Trump supporters still have the right to say anything they want, they just don't have the right to free speech over other people. Saying that the LGBTQ+ community can't decide who is welcome in their events denies them the right to engage in political activity, which is a restriction of their own free speech. The First Amendment also guarantees Americans the freedom of association, and if Pride Charlotte doesn't want to be associated with Trump supporters, that would make it their right as well.

The act of living as an LGBTQ+ American is still an act of revolution and resistance. Unfortunately, Trump represents all the social structures that need to be eliminated or reformed before the intersectional LGBTQ+ community can truly be free.