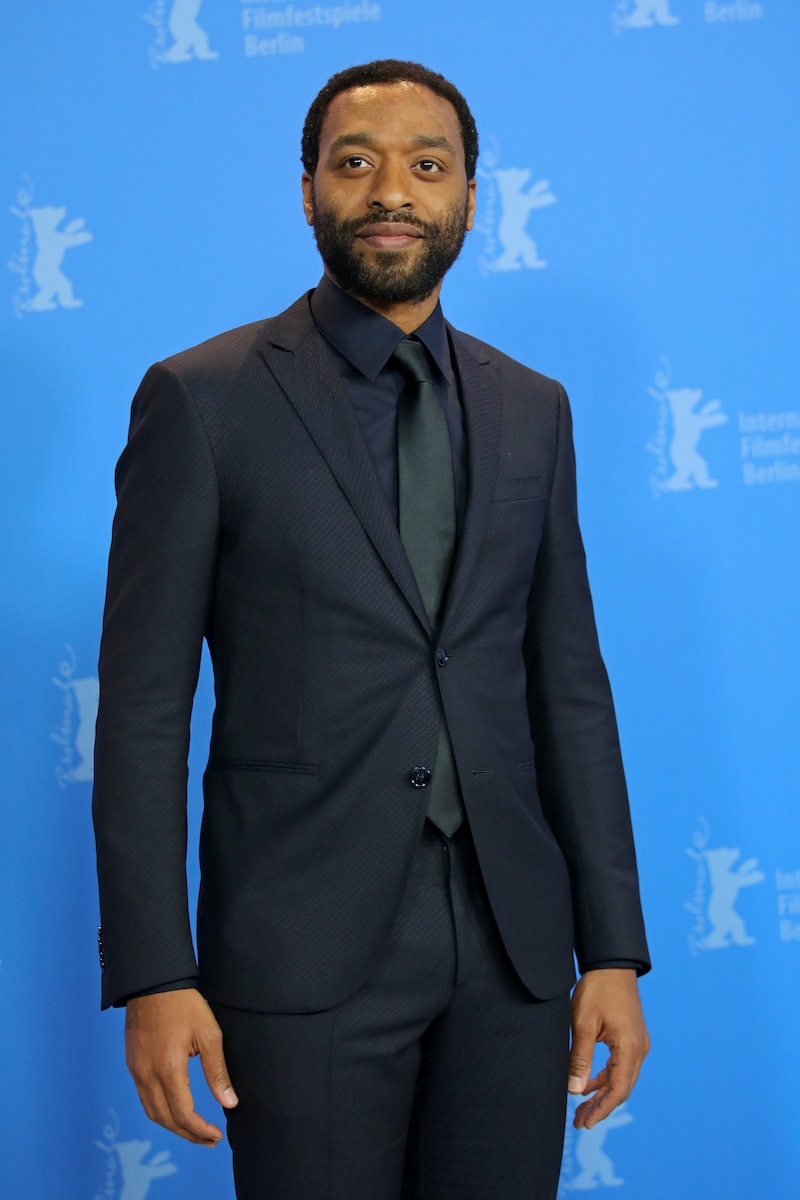 If you had to rank the most iconic villains from Disney cartoons, The Lion King's Scar would definitely be up there. He knows what he wants, he has a plan, and he's also got a gorgeous mane. But in the upcoming Lion King remake, Chiwetel Ejiofor is making Scar his own. In a new interview, the actor talked to Entertainment Weekly about voicing the iconic baddie, and he's clearly given a lot of thought to the psychology behind the character.

"I was interested in understanding the real psychology of Scar, the psychology of a person who always feels as if they have been somehow mysteriously overpassed by the fates, by the gods themselves," Ejiofor told the magazine. "That sense of not being in the rightful place and therefore living in a kind of parallel universe to the one that you're supposed to be in — what sort of psychology would that mean, and what would it go to over a period of time?"

The actor went on to explain that Scar's "ego" is his downfall, not to mention a major factor in his strained relationship with his brother. Ejiofor explained of his character, "He's unable to get through it, but he has a self-knowledge about it, that he's so possessed with this disease of his own ego and his own want, and at the same time, not being able to control that and having no parameters for it. So when that distance between what he wants, which is to be king, becomes even greater by the arrival of Simba, it just sends him onto this whole different track. The psychology of it! I was just so intrigued trying to find and root that."

Ejiofor makes a great point about the character. Scar isn't simply a lion who's "gone mad" and can no longer see clearly. Instead, he recognizes what's happening within him, and the relationships he's destroying, but he leans into that evil side. And that backstory makes him an even more interesting villain.

And while fans may love Jeremy Irons' performance in the cartoon version — Ejiofor does too! — he's working to make the character his own. "You can't do a version of it because it doesn't come from you — it comes from Jeremy," the actor told EW. "So in that sense, you have to go on your own journey and find the character who is absolutely always your own way. You have to find it for yourself."

Based on the trailer, it looks like the other voice actors have found their own versions of their characters, too. The clip ends with Billy Eichner and Seth Rogen's Timon and Pumbaa singing "The Lion Sleeps Tonight," and it's a rendition that's very much their own style.

Fans hoping to hear Scar's iconic number are in for a treat, too. Director Jon Favreau confirmed to EW that "Be Prepared" will be included in the movie, as will other classic Lion King songs like "I Just Can't Wait to Be King." With Donald Glover and Beyoncé starring in the movie, you can't not feature them singing, too.

As for "Be Prepared," specifically, Ejiofor will likely be joined by Eric André, Florence Kasumba, and Keegan-Michael Key, who are playing the three hyenas in the movie, which hits theaters in July.

These are the Lion King characters like fans have never seen them before, but that's not a bad thing. And it sounds like Ejiofor's Scar could go down in Disney history as an iconic villain in his own right.