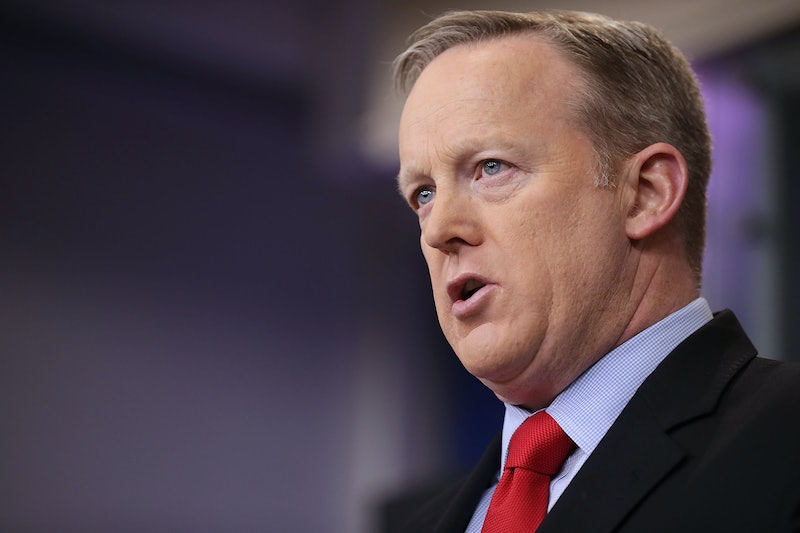 President Trump accused the media of covering up terrorist attacks, claiming in a speech to the U.S. Central Command on Monday that "the very, very dishonest press doesn't want to report" on Islamic terrorism. Hours later, according to CNN's Dan Merica, the White House produced a list of terror attacks from the last two years that the administration believes didn't receive enough media attention. However, that list is problematic for at least two big reasons and one petty reason.

First, the petty reason: Whoever typed out the document, which names 78 incidents which took place between September 2014 and December 2016, repeatedly misspelled the word "attacker." It's a pretty egregious misspelling, too: "atakker."

For instance, the document lists the 2015 attack in Merced, California, in which an assailant wounded four people with a knife. The media didn't ignore this incident. Rather, it received coverage on CNN, the Los Angeles Times, the New York Daily News, Fox News, the Washington Post, and many other outlets.

Even more absurdly, the White House also names the 2015 terror attacks in France as an incident that the media didn't adequately cover. This is downright preposterous. The Paris attacks were one of the biggest news stories of the year, and received substantial, continuous coverage in the press. The New York Times, the Wall Street Journal, NBC News, TIME, BuzzFeed, USA TODAY, and the Huffington Post all devoted serious coverage to the attacks — as did just about every news outlet in existence.

So that's the first big problem here. This document doesn't in any way prove what the White House says it proves. The second big problem is that Trump and his administration really aren't in any place to be criticizing other people for failing to note significant terror attacks.

A week before the White House released this list, a right-wing extremist shot and killed six Muslims at a Quebec mosque while they were praying. Although he reportedly offered his condolences privately to Canadian Prime Minister Justin Trudeau, Trump still hasn't publicly acknowledged that this attack happened. The fact that it happened on foreign soil is no excuse; the list that the White House distributed Monday lists many attacks that took place outside of the U.S., including several that occurred in Canada.