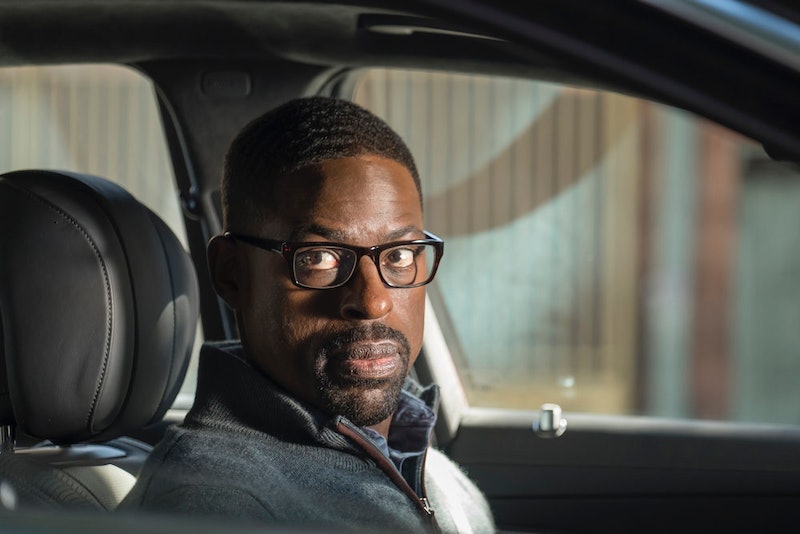 Randall always felt different growing up on This Is Us. And it’s hard to blame him for feeling a little bit of an odd man out. His entire family — mom, dad, brother, sister — is white, and Randall is black. For all that Rebecca and Jack tried to do to get Randall to understand who he is and where he comes from, it all fell short, as viewers saw on the This Is Us fall finale episode, titled, “Number Three.” In it, adult Randall realizes how much more he can do to help kids that were like himself growing up. He wants to keep being a foster parent. So, who is that new little boy on This Is Us? If I know this show, I want to say (albeit prematurely), welcome to the Pearson clan, kiddo.

Randall and his wife, Beth, decided in Season 2 that they wanted to bring a foster child in need into their home to help him or her have a better life. But as teenage Deja is brought into Casa Pearson, they realize it’s going to be a lot harder than they thought. After battles with Deja and Deja’s mother; tense meetings with the social worker, and an eventual understanding, Deja goes back to her mother. All of the charges against Deja’s mom were dropped, and they can both go home. Beth isn’t sure, but Randall knows that it’s what’s right, mostly because of his own experiences — Randall was kept from knowing his biological father his whole life, and it had a profound impact on him. He likes to say that he feels like he’s stuck in two places. He didn’t want that for Deja, and so Randall let Deja go back to her rightful home.

But that’s not to say there’s not another kid waiting in the wings — Beth and Randall, while cleaning Deja’s room, make a point to talk about another kid that they’ll line up sometime in the future, and maybe it could be a boy! Well, what do you know? There is a young boy talking to a social worker, lamenting the fact that he can’t find a family that wants to take him in. The social worker assures him that she is going to find him a home, no matter what. From what I hear, kid, there are plenty of extra bedrooms in the Pearson house (even if Uncle Kevin will have to move in following his DUI arrest). This Is Us puts a premium on fate, and it seems to be fated that we'll be seeing that little boy a lot more coming up.

Randall is in a position now to help a new child, a child that wouldn’t otherwise be afforded the opportunities and love that Randall, Beth, and their daughters could give him. Why a boy? Well, it’s obvious that Randall sees a lot of himself in these children, and he wants to help guide their journeys in a way that he didn’t have. The Pearsons tried to help Randall understand where he came from, but because they are not black, it’s not even close to if he was raised by a black family. After his Emmy win for playing Randall, Sterling K. Brown told Variety, “Randall Pearson is special. Not because of me but because of the journey. It’s such a unique story being raised by this white family. Seeking out his adoptive father and making that connection only to lose him. We haven’t seen that before. When you have these craftsmen writing and telling these stories, you have this perfect synthesis in order for it to happen.”

And synthesis it is. Right now, Randall has the power to seemingly rewrite his own narrative through a child of similar circumstance. Although both Beth and Randall agreed that it may not happen tomorrow, next week, or next month, their hearts are too big not to try sooner than later.