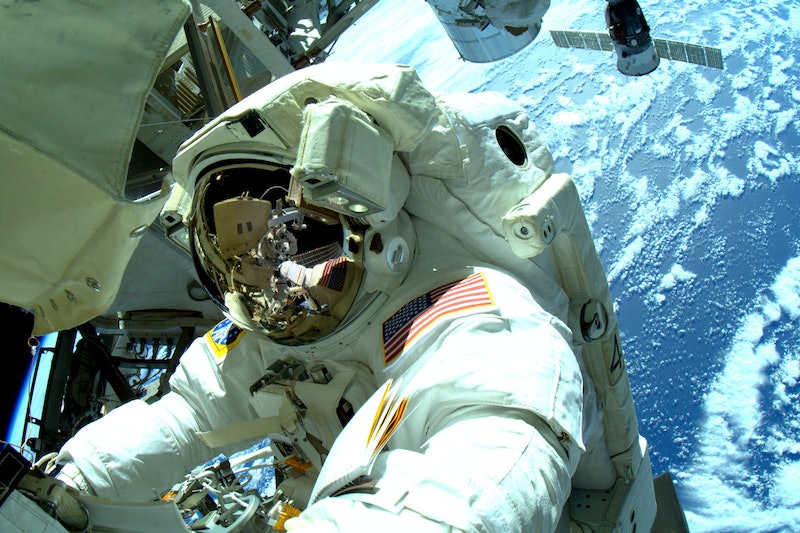 There's a new crew member aboard the International Space Station, but it isn't a human, or even an animal. Astronauts aboard have, according to reports, adopted a "Little Earth" stuffed toy sent to the space station with a shipment of other cargo. The stuffed toy has also been nicknamed "Earthie."

There are three Expedition 58 crew members currently living on the space station, according to the website ScienceAlert. Those would be: NASA astronaut Anne McClain, Canadian astronaut David Saint-Jacques, and Russian cosmonaut Oleg Kononenko.

On Friday, NASA astronaut Bob Behnken told NASA TV viewers that the current crew had "trained" Earthie on space station protocol, according to ScienceAlert. "He's going to welcome us aboard, probably, when we get there," Behnken said. He added, "I think Anne and David and Oleg have trained him up well. Hopefully he can walk us through the emergency brief and he's a full-fledged station crew member by the time that we get there."

Elon Musk, who founded the aerospace company SpaceX, which sent the shipment with Earthie aboard, described the plush toy as being like "an Earth Pokemon," according to CNET. McClain has since shared a series of photos with Earthie to her Twitter account, depicting the toy's life in space.

Since adopting Earthie as an honorary crew member, McClain has shared photos of the stuffed toy peering out the window, looking at the real planet Earth, as well as a number of images depicting his "training procedures." "Yes buddy, that’s your Mother Earth," McClain captured one photo. "Isn’t she beautiful?"

"Earth will learn a lot during his busy week on @Space_Station - today he kept me company while we checked our suit sizing to account for space growth (I am 2 inches taller than when I launched!), then we did some translation adaptation," McClain tweeted last week.

One key lesson Earthie learned about, per McClain, was safety oriented. The NASA astronaut shared images of she, Saint-Jacques, and the stuffed toy posing with masks.

"Earth’s second day on @Space_Station started early, but he was happy to learn that even in space, the day starts off with coffee," McClain wrote. "Then it was emergency mask donning practice with @Astro_DavidS - if there’s an (unlikely) ammonia leak, we have just seconds to protect ourselves."

It appears that McClain has made use of Earthie not just because the plush toy is good for creating cute content, but also because it has provided a solid opportunity for educating the people of Twitter about what it's like to live aboard the International Space Station.

"Earth’s 3rd day started with getting the blood (plasma?) pumping! First the treadmill, then weights - he even got some deadlifts in with me," she captioned one photo, wherein she and Earthie pose next to gym equipment. "It is important to exercise every day, not just for our muscles but also to protect our bones from losing density in microgravity."

Earthie has helped McClain's followers learn about space station plumbing, trash renewal, and emergency evacuations, among other procedures. It's not clear how long Earthie will stay aboard, but it seems that the plush toy will be making regular social media appearances for the foreseeable future.