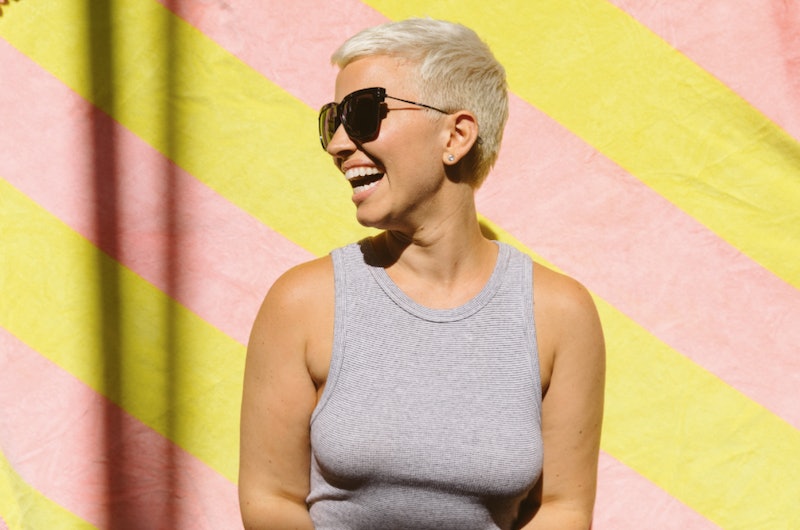 Much research has looked at what causes happiness; but very little has examined how we find fulfillment long-term, over the course of our lives. Without this research, it's been impossible to know what one needs to truly feel satisfied — but now we have the answer. What makes us happy? Thanks to the longest running study on human happiness, we know.

The research on happiness – which is known as the Grant Study — comes from Harvard Medical School and began back in 1938. At first, scientists worked with 268 sophomores during the Great Depression, including president-to-be John F. Kennedy. (At first, participants were all males, since the university was for men only.) From this original group, only 19 of the participants are alive today, all in their '90s; but the research didn't end there: the scientists had expanded to include the participants' offspring — which now constitute 1,300 people in their 50s and 60s. During these years, the pool of participants expanded even more to include hundreds of Boston inner-city residents, and eventually, women. For 75 years, scientists interviewed these individuals about their lives, gave them questionnaires, took brain scans and blood samples, examined their medical records, and spoke with their families; and now, nearly eight decades later, they can tell us the key to really living.

In a rather intriguing TED Talk, the current director of the study — psychiatrist Robert Waldinger — shared their findings. The most important thing to know when it comes to living a great life?

In short, if you want to live an amazing life, make your relationships with others a priority. More specifically, here are some important details the researchers noticed.

Relationships Are Good, Loneliness Is Bad

The study found that people who maintain close relationships with their family and friends are healthier, happier, have better brain functioning, and live longer than people who feel lonely.

It's About Quality, Not Quantity

It matters not how many friends you have or whether or not you're in a committed relationship. What matters is the quality of the relationships you do have. Many of us have expressed that we'd rather have three really good friends than 20 bad ones; and it looks like the Grant Study has confirmed it.

For example, many women feel pressure to get married by a certain age, just for the sake of being married; but the Grant Study found that being in an unhappy marriage is horrible for your health — possibly even worse than getting divorced.

Being in a solid relationship where you feel you can truly count on the other person helps fend off memory decline as you age. Waldinger makes an important point: your relationship doesn't need to be perfect; in fact, some of the couples would bicker constantly. But at the end of the day, if they knew they could rely on each other, those little fights had no negative impact on their memories.

We're Looking For Happiness In The Wrong Places

We may know in our minds that relationships are important, but there's a good chance we're still not giving them the attention they need. Waldinger spoke of a study where young adults were asked what their most important life goals are. 80 percent said their goal was to become rich; 50 percent said it was to become famous. Three more things experts advise us not to chase to find happiness? Beauty, power, and having some kind of incredible talent or skill.

We mistakenly think these are the things happiness is made of. While they might help (might), they aren't the meat and potatoes — not even close.

It can't be argued: if you want a happy life, you need close relationships that you really nurture, plain and simple.