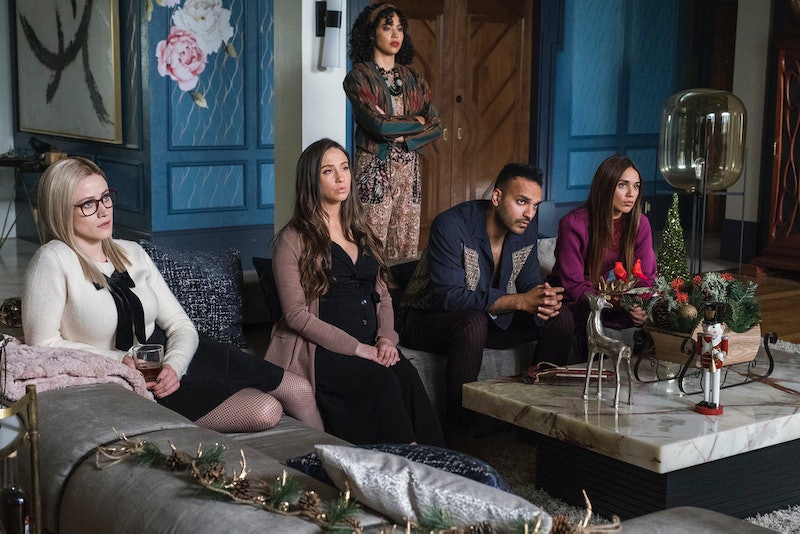 After five magic-filled seasons, Syfy's The Magicians won't return after its April 1 finale. The network announced in early March that the show would be coming to an end — but it's something executive producers John McNamara and Sera Gamble prepared for. "We had the sense going into this season that Syfy, in particular as our first platform, was kind of hitting the point of 'The cup is full and there's no more room,'" Gamble told TVInsider shortly after word of The Magicians' cancellation broke.

Initially, they shopped around the show to other networks who might be interested in picking up the show. But "none of them seemed in the end like a perfect financial or creative fit," McNamara said. "And so we reluctantly just decided, 'Well at least we have this season finale that was crafted to also be a series finale. It was kind of always going to pull double duty." Added Gamble: "When Henry [Alonso Myers] and I wrote the finale, there really wasn't a difference in approach to writing it because I honestly never counted on there being another season."

That's not to say the writing team was eager to end The Magicians. Given the creative and fantastical nature of the show, it could have gone on indefinitely. But Gamble and McNamara feel fortunate to have been given enough of an advanced warning to plan a satisfying conclusion. "We feel pretty good about the season finale. I feel like it is very much in keeping with the spirit of the show," Gamble told TVInsider. "It really says what we wanted to say about [the characters'] journey into adulthood."

It's difficult to envision a world without Brakebills or Eliot and Margo's entertaining banter, but at least if this has to be goodbye, it'll be on the show's terms.