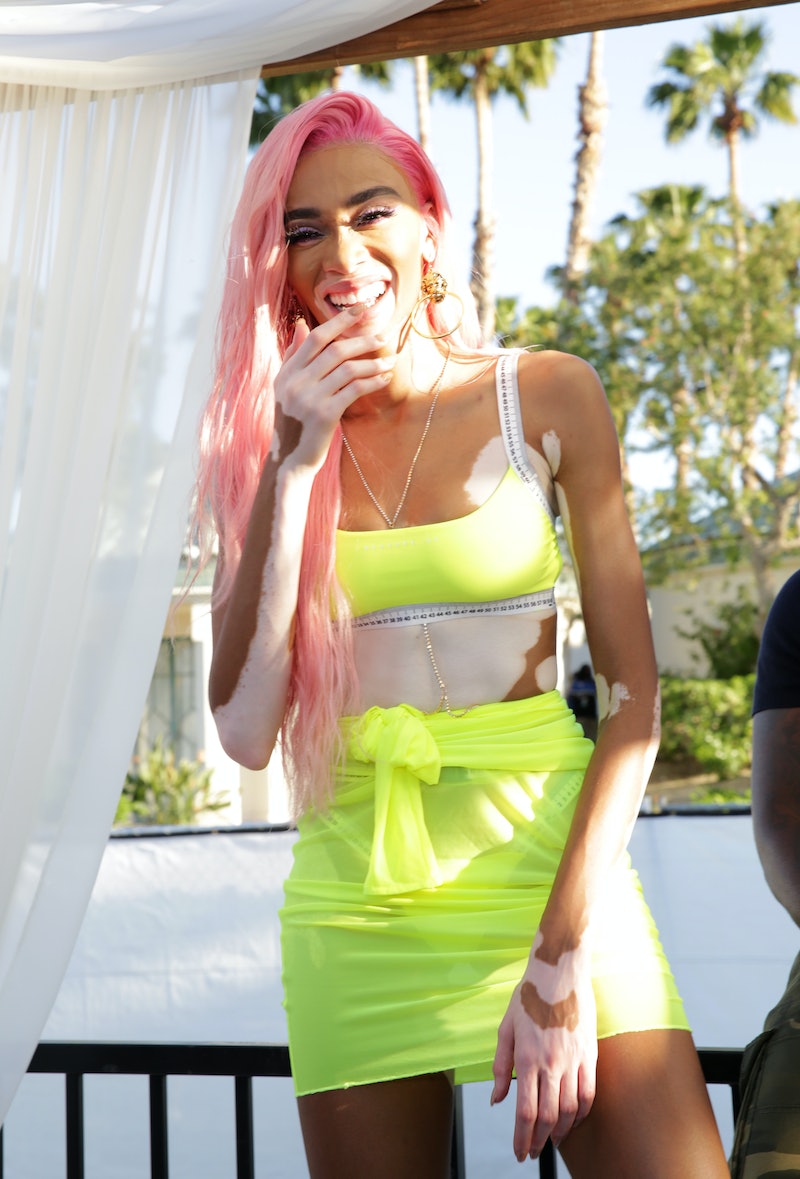 Every year in April, Coachella officially kicks off festival season. You can't miss it: The second the festivities start, your social media feeds are flooded with pictures of desert landscapes, Ferris wheels, and shaky video footage of the performers. Although Coachella itself is kind of a "you had to be there" experience, the influence that it has to dictate trends for the rest of the festival season (and other aspects of summer) is something you can get from just scrolling through your Instagram feed. Luckily, Coachella and all the events surrounding it are well documented, so there is no shortage of content to draw beauty inspiration from.

But Coachella is much more than just the festival. Outside of Coachella itself are the notable parties that attract just as much attention as the festival, one of the biggest being Revolve Festival. Revolve has taken it to the next level with own their star-studded event where celebs and influencers alike show up and show out in their own festival style. There is no shortage of inspiration at the two day event and with Instagrammable moments literally everywhere, the hashtag #revolvefestival evolved to be basically its own Pinterest board. Scrolling through the over 30,000 pictures can be overwhelming, so I've broken down the top four beauty trends from the festival to help guide you through what will be trending during festival season — and beyond.

When I was younger, I always had braids in the summer. This was mainly because my mom didn't want to have to deal with doing my hair, but also because braids were the best way to keep your hair looking cute through the heat and activities of summer. Plus, these styles have lasting power. You can go from dancing all day, to taking a dip in the pool, to changing for a night out without having to worry about how your hair looks. These women rocked the protective style this year and are definitely making a strong case for them to be seen all the way through summer 2020.

ALL EYES ON ME

It's always fun to take risks and experiment with makeup and there is no better time to do that then festival season! An easy way to change up your typical, everyday makeup is to add something extra around your eyes. Whether it's a colored eyeliner (something I, myself, attempted while at Coachella), glitter, or rhinestones, this was a trend that could not be ignored and is guaranteed to draw eyes to you.

If I am being totally honest, I believe that committing to wearing a full face of makeup when the temperature is anywhere above 80 degrees warrants some kind of medal. As much as we try, the elements will always win and the makeup (no matter how good it is) most likely won't last through the whole day. That's when we should embrace the glow and really hone in on that natural dewy look because when it turns to a glistening sweat, people can just think it's amazing highlighter!

HAIR OF A DIFFERENT COLOR

An even bolder way to take risks is changing your hair color. For festival season, bolder color choices are practically the norm, with pinks, blues, and even rainbow hues galore. While that might be a lot to commit to for your everyday life, wigs make it easy for you to switch it up and be extra! You can be blonde, pink, polka dot, whatever and just take it off when you're over it to get back to whatever color you originally had. This is by far the most fun and my favorite trend. It's definitely something I'm into trying for vacation this year.