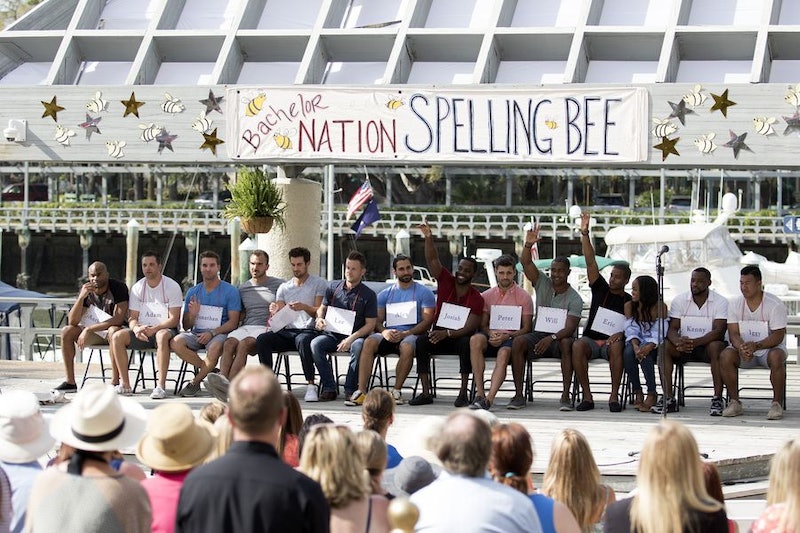 It is impossible be a viewer of The Bachelorette and not look for clues about who Rachel Lindsay is going to choose at the end. Between the editing of the episodes, posts on social media, and subconsciously looking for signs that confirm the person you're already rooting for will win, it can be a very tough mystery to figure out. But, there is actually a major sign that Bryan snagged Rachel's final rose.

In the last episode, Rachel and Bryan got coordinating watches in Geneva. If you follow Bryan on Instagram, which everyone should because, well, look at him, you might have noticed that he is always rocking the watch Rachel gave him. Many fans have also pointed out that they've noticed the watch in his Instagram comments.

Of course, it's a super nice (and probably expensive) watch, so it would be tough for any one to part with, but who would keep wearing a gift from someone who dumped him, especially in such a public manner? Sure, a watch is a useful thing to have and it's a fashion statement, but after seeing their date, it's clear that this watch would have a lot of significance, which could mean that maybe he would want to part with it after they broke up.

Rachel is obviously so into Bryan on the show, but keeping the watch post-show, wearing it in public, and posting pics with it on social media says a lot. Doesn't it? It's all coming together.

Let's look at the evidence.

Check out the watch in question. Get familiar with it.

Now, look at this photo of Bryan before this season started filming:

He is clearly wearing a different watch in this photo. If he got dumped by Rachel, it's not like he needed the watch she gave him to tell time. Clearly, he had another one that he could be wearing. It's even the same color so it would match all of the same outfits... if he cares about that sort of thing.

Now, browse through some photos of Bryan since the season wrapped:

He's clearly wearing the watch from Rachel a lot post-show. It could just be that he likes the watch. But, come on, who wears a watch from a woman who recently dumped him in pretty much every photo? That would be so strange. It's only logical to assume that Bryan never got dumped.

Of course, we can't really know for sure until the show ends. There's always a chance that he just really likes the watch. It is a nice one, after all.