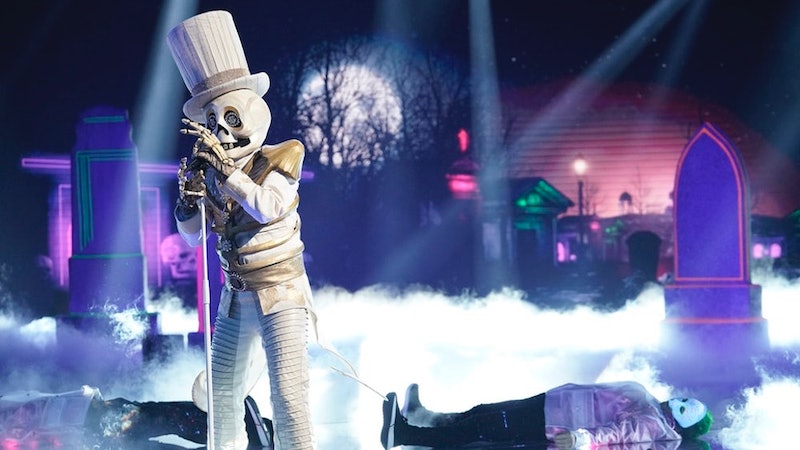 If you love trying to figure out who mystery celebrity singers are, just imagine how much you'll enjoy trying to identity mystery dancers as well. That's the premise of the new Masked Singer spinoff, The Masked Dancer, which has just been granted a series order by FOX. The show is inspired by a popular segment from Ellen DeGeneres' daytime talk show The Ellen Show, where she put a spin on the strangely mesmerizing reality show.

DeGeneres first introduced the segment back in January 2019 and has since had several well known celebrities participate. Her Masked Dancer segment has unmasked the likes of Sean Hayes, Howie Mandel, Colton Underwood, Derek Hough, and original Masked Singer panelist Ken Jeong, so it'll be anyone's guess who will compete when the show actually airs.

“We’re still blown away by The Masked Singer’s massive impact on pop culture, but when Ellen debuted her own inventive segment, The Masked Dancer, on her show, we were truly amazed,” President of Alternative Entertainment & Specials at Fox Entertainment, Rob Wade, said in a statement shortly after the news was announced to reporters at the winter Television Critics Association press tour. “We are thrilled to partner with Ellen on this new format and take The Masked Dancer to a whole new creative level.”

DeGeneres will serve as an executive producer for the spinoff series and is eager to see what fans make of this new take on the original. “This is gonna be just as fun and suspenseful as The Masked Singer, but with a lot more Krumping,” she added in a statement, as per TVLine.

As of now, The Masked Dancer has yet to be given an official premiere date or an exact episode count, so it's difficult to know when exactly viewers should expect to see the series make its FOX debut. In the meantime, though, there's still plenty to look forward to in the network's lineup, including the premiere of The Masked Singer Season 3, which is scheduled to kick off on Sunday, Feb. 2 immediately after the Super Bowl. It was also announced on Tuesday, Jan. 7 that Jamie Foxx will serve as a guest panelist in the Season 3 premiere alongside regular judges Jeong, Jenny McCarthy, Nicole Scherzinger, and Robin Thicke — though, sorry judges, he probably won't be wearing a fox costume.

Guessing celebrity singers is hard, but dancers — that's going to give every amateur detective a real challenge.