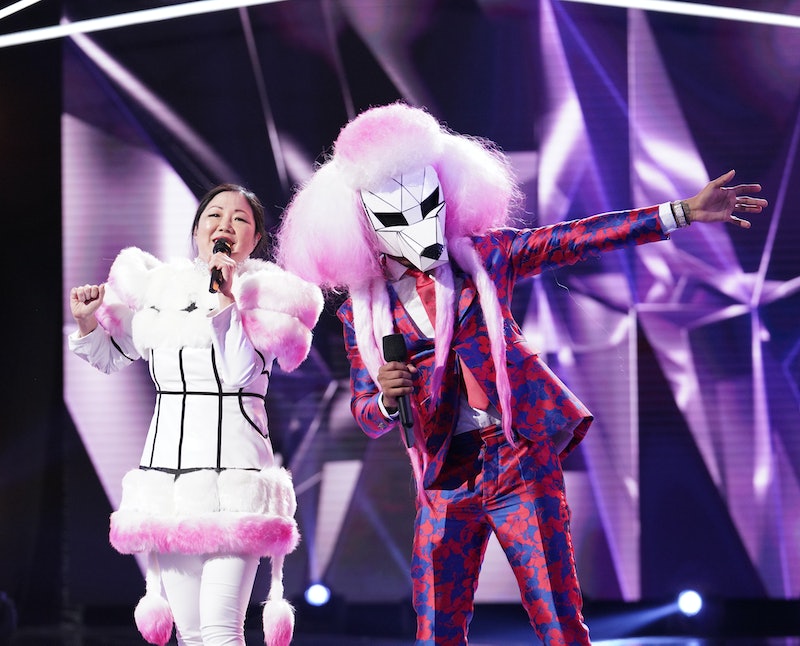 As far as reality competition shows go, The Masked Singer truly has everything. It's got singing, crazy costumes, celebrities, secret identities, Nick Cannon as host, and a panel of celebrity judges. It's also a lot of fun for those at home because guessing which celeb is hiding under which mask is really the entire point. That said, keeping the celebrity identities is crucial to the success of the show, and for The Masked Singer Season 2, security is going to be amped up even more to ensure that no secrets get out.

The Masked Singer was renewed for Season 2 in January, according to Deadline, and recently executive producer Craig Pletis revealed that security is going to be increased quite a bit for this next cycle. While speaking at the TCAs (Television Critics Association) this week, Pletis joked about getting the Pentagon in on planning the new security measures for the celebrities involved. However, it's hard to imagine how they're going to increase security in the next year, as Pletis himself revealed, it's already pretty intense.

How intense? According to him, the show already made every single person in the audience sign an NDA (non disclosure agreement) for tapings that reveal who is behind any particular costume. They even began cutting the number of people in the audience in half midway through taping the season to further prevent any secrets from being leaked. According to Deadline, Pletis said that, in the end, those left in the audience were 150 "family and friends," ensuring they might be a little more trust-worthy since they have a closer relation to whomever is behind the scenes.

Also speaking at the TCAs was Fox’s Alternative Entertainment President Rob Wade. He said that people in senior positions working on the show were so "terrified" of leaking anything, that some of them refused to know anything about the identities. Only a "few" people in top positions know the truth regarding which celebrities were participating, according to Deadline.

As for what it's like to be one of the masked singers — spoiler alert for Season 1 up to and including episode six — the recently eliminated Raven Ricki Lake said that keeping the secret can be pretty challenging. “The clues seemed like a dead giveaway… On Instagram, everyone’s like, ‘Hi, Raven. Hi, Raven. Hi, Raven,'” she said at the TCAs, via TVLine. “I guess it’s gratifying that I’m still somewhat relevant after all these years.”

According Variety, contestants being driven to and from the venue for taping were completely disguised and covered, and, as Lake told reporters, the drivers didn't even know who it was they were transporting. Each contestant was picked up from a neutral location, and if any family came with them, they'd receive the same amount of anonymity. Variety reported that even press received early screeners for the show that blurred the faces and identities of the unmasked contestants, so even they would have to wait and find out who was behind the masks.

If you keep coming back to The Masked Singer week to week, then watch out for Season 2, because with the popularity of the show growing and the increased security, the celebs will no doubt be even harder to guess.