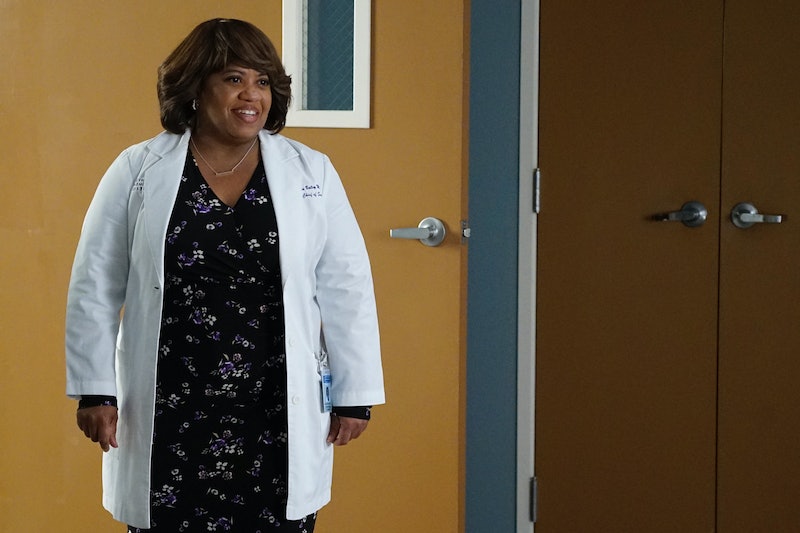 Grey Sloan Memorial has always been a magnet for drama, but the ongoing feud between Meredith and Bailey on Grey's Anatomy is starting to push fans to their breaking point. With only a handful of the original cast still around, the relationship between these two central characters has become a cornerstone for the entire series, which makes their fallout all the more heartbreaking. However, the most frustrating part about this admittedly tired storyline is Bailey's lack of sympathy for Meredith's situation. Sure, it was wrong for a doctor to commit insurance fraud, but her heart was in the right place and Bailey knows that. In fact, it's prompted several diehard viewers to point out that Bailey herself is guilty of that very same crime.

Back in Season 5, Bailey and Alex Karev faced a similar dilemna when it was revealed that their patient's insurance was going to expire at midnight. The procedure ended up lasting until 2:30 a.m. — two and a half hours pasted the insurance deadline — yet Bailey told Alex to set the clock back to 11:58 p.m. for the hospital records. Why was it alright for her to bend the rules and not Meredith? Throughout the past 16 seasons this show has been on the air, almost all of these doctors have been an accessory to various crimes at one point or another (whether that involved insurance or cutting someone's LVAD wire), so why is Mer paying for it so heavily this time around and by the person who served as her mentor for so long?

The promo for this week's episode, "My Shot," hints that all of Meredith's colleagues will rally to her side in court and help her to hopefully keep her medical license — everyone, that is, except Bailey. The video remains vague in regards to what Bailey will do — her testimony could either make or break Meredith's case — but fans are just about fed up with Bailey's actions so far this season and demand to see her have a change of heart.

Because it's not like Bailey hasn't committed some fireable offenses in the past in order to do what's best for a patient, the law be damned.

Not to mention that this is Meredith Grey we're talking about here. Bailey knows what a great surgeon she is and how many lives she could save if she were allowed to return to work. So working against her wouldn't just be hypocritical, it just doesn't make any sense.

Long story short, this storyline has gone on for far too long. The only way to make up for it at this point is to see Meredith and Bailey reconcile. Any other outcome would be a disservice to these characters and the fans that have come to love them.

More like this
Shonda Rhimes Responded To The Surprise Exit Of A Day 1 'Grey's Anatomy' Figure
By Grace Wehniainen
Zach Explained Why He Had To Send Bailey Home Early On 'The Bachelor'
By Brad Witter
Everything To Know About 'And Just Like That...' Season 2
By Jack Irvin and Grace Wehniainen
'The Last Of Us' Episode Schedule Competes With The Super Bowl & Oscars
By Brad Witter
Get Even More From Bustle — Sign Up For The Newsletter
From hair trends to relationship advice, our daily newsletter has everything you need to sound like a person who’s on TikTok, even if you aren’t.