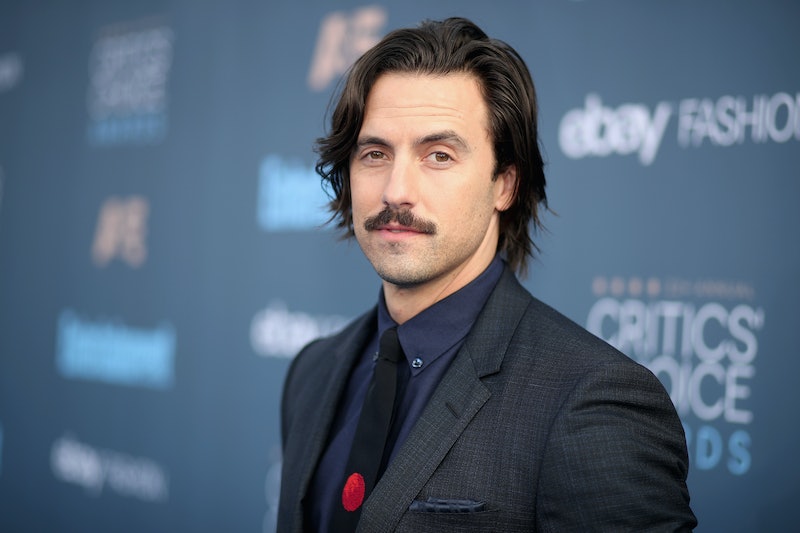 Sometimes, having a voracious interest in your favorite celebrity crush can lead to some weird and wonderful discoveries. And as a devout lover of the man who played Jess Mariano, there was one recent revelation that absolutely blew my mind: Milo Ventimiglia was in Sabrina The Teenage Witch, and I had absolutely no idea. None. How is this even possible, you guys?

Well, there's actually a very good reason why you might not have noticed Ventimiglia's role in Sabrina The Teenage Witch, and that's because it isn't a major one. He stars in only one episode of the show (titled "Terrible Things") and, as you might infer from the fact that his character's name is credited as "Letterman," his screen time is minimal. Thankfully, though, he does have some lines in the episode and I'm not going to lie, that Ventimiglia charm is already dazzling and notable. I absolutely love him, OK?

The episode, which aired in 1996 — a whole five years before the actor would start writing notes in Rory Gilmore's copy of Howl — shows Sabrina's best friend, Jenny, battling against popular mean-girl Libby for the position of class president. Ventimiglia, as a football jersey-wearing jock, is accosted by the two ladies who try to win his support.

They tell him what they both respectively hope to offer to the school, and it's basically either more funding for the arts or more pizza at lunch (and I don't think I need to tell you which way "Letterman" votes). As you can see from the video below, his character is also very concerned about meatloaf (but aren't we all?).

The revelation that Ventimiglia, who has starred in shows like Gilmore Girls, Heroes, or, more recently, This Is Us also had a role in such a beloved show without a lot of us even noticing is absolutely baffling to me.

I mean, not only was Sabrina The Teenage Witch totally my jam back in the '90s, as I'm sure it was yours too, but I also feel as though Ventimiglia would have automatically set off the "cute boy" alarm that I seemingly had pre-installed in my teenage brain. How I didn't see him in Sabrina The Teenage Witch as a child and automatically start a scrapbook about him is beyond me.

As it turns out, in fact, Ventimiglia had small roles in a number of notable TV shows prior to his big break in Gilmore Girls. His first ever role, for instance, was as "Party Guest #1" in Fresh Prince Of Bel Air in 1995, and he would also go on to star in a single episode of Saved By The Bell: The New Class in 1996. He even starred alongside Captain America actor Chris Evans in a single season of a sitcom called Opposite Sex in 2000, because of course he did. The man is magic.

Turns out that maybe none of us know our celebrity crushes quite as well as we think we do. And I think that's probably for the best.