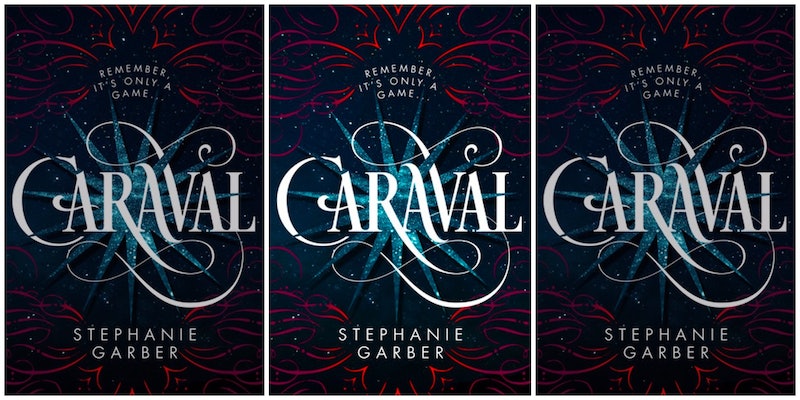 Welcome to the debut class of 2017. This coming year has some of the most anticipated books the Young Adult world has ever seen. Young Adult books include every genre and subgenre out there. There is no topic too dark or "out there" to be covered. As an adult who reads and writes YA, I gravitate to books with strong voices, new twists on old favorites, and complex characters, and this new batch of books and authors looks promising. For those who are well-versed in YA, we are always searching for the next book that subverts our best-loved tropes and leaves us floored by twists and turns. Basically, we want all the feels at all times.

Because there are nearly 200 debuts, the list of most anticipated books is going to be broken up into two parts. I'm attracted to different books for different reasons. Covers play a big part in that attraction. Some of my favorite ones like Caraval by Stephanie Garber and Done Dirt Cheap by Sarah Nicole Lemon draw you in with unique imagery and bright color contrast. This Beats Perfect by Rebecca Denton evokes all the right kinds of nostalgia and The Education of Margot Sanchez by Lilliam Rivera has such a perfect log line that I don't need to know anything else in order mark it as an "insta-buy."

Here are the most anticipated YA debuts from January to June.

Mary was convicted of killing a baby when she was nine years old. Six years later she's trying to piece her life back together, and seeks to find the truth of what happened that haunting night all those years ago.

Why we want to read it: This promises to be a gritty and powerful debut.

After the Fall by Kate Hart

In After the Fall, Raychel deals with the aftermath of assault, a secret love, and the precarious balance of a world that is falling apart.

Why we want to read it: Complex story about a girl vs. the world.

The Edge of Everything by Jeff Giles

Zoe and her brother are brutally attacked in a cabin in the woods during a Montana blizzard. They're saved by a bounty hunter named X from a hell called the Lowlands. Together, Zoe and X challenge each other's world views in this survival novel.

Why we want to read it: I'm a sucker for books set in Montana.

How to Break a Boy by Laurie Devore

When two "mean girl" BFFs break up, they take the whole world down with them.

Why we want to read it: I love "unlikeable" narrators, even though I hate the term "unlikeable narrator."

Caraval is a once-a-year show full of magic and mystery, a game sisters Tella and Scarlett have always wanted to see. After fleeing their tyrant father, these sisters become entwined in the world that could cost them their lives.

Why we want to read it: Magic, sisters, and intrigue.

This Beats Perfect by Rebecca Denton

Amelie Ayres sparks a viral hashtag #Who'sThatGirl? after being photographed backstage during the concert of megastars The Keeps. But not for her music, songwriting, or any of the reasons she would have wanted to be in the limelight for. Amelie tries to discover who she really is during the aftermath.

Why we want to read it: Sign me up for any novel about girls and rock and roll.

Liesl journeys to the goblin realm to rescue her little sister. In exchange for her sister's life, she must marry the Goblin King.

Why we want to read it: It's a retelling of Labyrinth. I've already started reading it, and I need everyone else to catch up.

Why we want to read it: This meet-cute makes my heart happy.

Daughter of the Pirate King by Tricia Levenseller

Alosa, a pirate captain, willingly lets herself get captured by enemy pirates. For treasure of course. But the handsome first mate, Riden, is tasked with finding out all about her. Can she find the treasure map before Riden discovers what she's up to?

Why we want to read it: Anna Banks calls Alosa a "lady Jack Sparrow." It's a pirate's life for me.

The Education of Margot Sanchez by Lilliam Rivera

A coming of age about family, belonging, and romance that's being described as Pretty in Pink in South Bronx.

Why we want to read it: You had me at Pretty in Pink comes to the South Bronx.

The Hate U Give by Angie Thomas

You've probably heard about this book. At least, I hope you have. Inspired by #BlackLivesMatter, Angie Thomas tells the story of a girl who is the only witness to her unarmed best friend being fatally shot by a police officer. What she says can destroy her community and put her own life at risk.

Why we want to read it: The novel is set to become a movie starring The Hunger Games's Amandla Stenberg.

Why we want to read it: I've only heard wonderful things about the brilliant prose and kickass characters.

The Heartbeats of Wing Jones by Katherine Webber

Wing Jones lives under the shadow of her football star brother, Marcus. But when he kills two people while drunk driving, her whole life changes. So Wing does the one thing that makes her feel better: she runs. When her longtime crush offers to train her on the track, Wing knows how much is riding on this success. Can she stand on her own without Marcus?

Why we want to read it: This sounds like a track version of Friday Night Lights and I am here for this.

A Psalm for Lost Girls by Katie Bayerl

The town of New Avon believes Tess da Costa is a saint, and after Tess's tragic death, they petition the Pope to make that sainthood official. When a missing girl, Ana Langone, is found at Tess's shrine, the fervor grows. Callie, Tess's sister is disgusted by publicity of it all and is determined to get to the bottom of who Tess was. But what she discovers leads to more questions than answers.

Why we want to read it: A dark and twisty mystery that reminds me of everything I hope to find in a Dennis Lehane novel.

Speak of Me As I Am by Sonia Belasco

Melanie and Damon have both suffered loss. They join their school's production of Othello to try to distract themselves, and instead find comfort together and apart.

Why we want to read it: A story of loss and hope that is sure to be a tearjerker.

It's Not Like It's a Secret by Misa Sugiura

Sana is keeping too many secrets, like her resentment towards her brother, her father's possible affair, and that she likes girls. These secrets become too hard to keep hidden, and Sana learns what comes after telling the truth.

Why we want to read it: Queer girls, biracial love, and lots of promised drama. What's not to love?

The Love Interest by Cale Dietrich

Caden and Dylan were shaped by an organization of teenage spies. Their mission should they choose to accept it? Get the girl. Except, when they're out on their own and in the world, they might actually be falling for each other.

Why we want to read it: TALK ABOUT INVERTING TROPES. I can't wait.

A romantic comedy about two Indian-American teens and their arranged marriage, and discovering that love works in mysterious ways.

Why we want to read it: This cover has my heart.

Tilla and Jax are bastards. When a visiting princess chooses to befriends them during a visit, the kids at the bastard table have a wild night where they witness a murder. Then princess Lyriana's uncle is killed, and the brewing rebellion comes close to home. On the run from mercenaries, hired by their own parents. The bastards band together to prevent civil war, and hopefully, save their own lives.

Why we want to read it: This sounds like The Expendables meets A Kiss of Deception. Color me intrigued.

Song of the Current by Sarah Tolcser

Caroline Oresteia must save her father's life in this fantasy adventure full of river gods, pirates, and politics.

Why we want to read it: Pitched as "for fans of Sabaa Tahir and Victoria Aveyard." I am both of those.