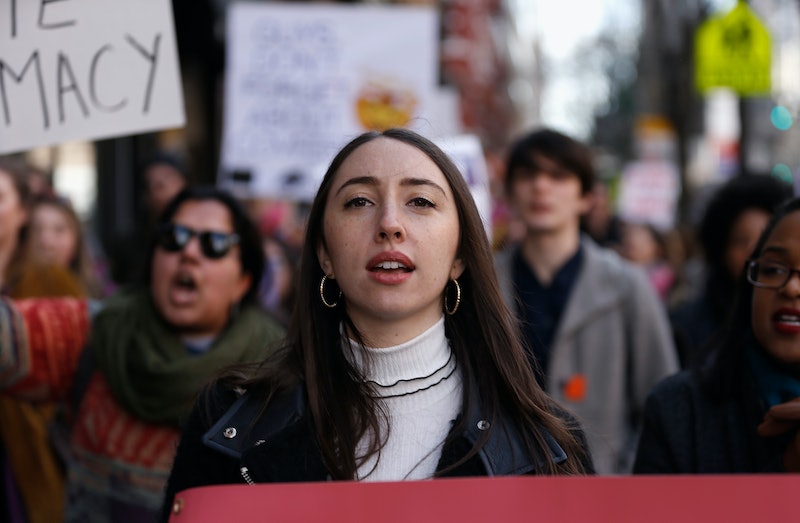 There are some rankings that you just don't want to top. A recent survey from the Thomas Reuters Foundation created a ranking of the most dangerous countries for women — and the U.S. showed up in the top 10.

According to Reuters, the survey asked 550 women's issues experts about which countries they believed were the most dangerous for women in a number of different areas. These included access to healthcare, access to economic resources, the traditions in the country, the occurrence of sexual and non-sexual violence against women, and human trafficking. The survey respondents were asked to name the five countries that they considered to be the most dangerous in each area, and then the results displayed the ten countries that had the overall worst outcomes.

India topped the ranking as the No. 1 most dangerous country for women, and the U.S. was the only western country to appear on it, taking the 10th spot.

When carried out previously, the survey had only listed the five most dangerous countries for women, which Reuters reported were Afghanistan, Democratic Republic of Congo, Pakistan, India, and Somalia in 2011. Now, the top five are India, Afghanistan, Syria, Somalia, and Saudi Arabia — with the U.S. finishing the list at No. 10.

The U.S. didn't rank the worst in every category, according to the survey results. In fact, it didn't appear in the top 10 wors for health care, discrimination against women, human trafficking, or issues stemming from local cultural traditions.

However, it was tied for third worst for dangers facing women in terms of sexual violence, a category that included, as the survey listed, "rape as a weapon of war; domestic rape; rape by a stranger; the lack of access to justice in rape cases; sexual harassment and coercion into sex as a form of corruption."

It was also ranked sixth in terms of non-sexual violence. Newsweek noted that the civil-war mired Syria only came in three spots above that, at third.

“People want to think income means you’re protected from misogyny, and sadly that’s not the case,” Cindy Southworth, executive vice president of the National Network to End Domestic Violence, told Reuters. “We are going to look back and see this as a very powerful tipping point ... We’re blowing the lid off and saying ‘#Metoo and Time’s Up’.”

The limits of this survey's usefulness stem from the fact that it is, as the survey's methodology section states, a "global perception poll." The rankings are not supported by hard data, necessarily, but instead by the views of the experts who were asked to respond to the survey.

This isn't to say that some — or all — of them would not have been relying on hard data, but instead that the hard data isn't mentioned in the survey or the results. The possibility certainly exists that other western countries are indeed as dangerous or more dangerous for women, but #MeToo and Time's Up didn't explode so powerfully there.

The survey's purpose, however, wasn't to provide that hard data, but instead to "highlight the most dangerous countries for women." And following the thousands of stories that poured out during #MeToo, the dangers to women that American society presents have come into full focus not only domestically, but around the world as well.