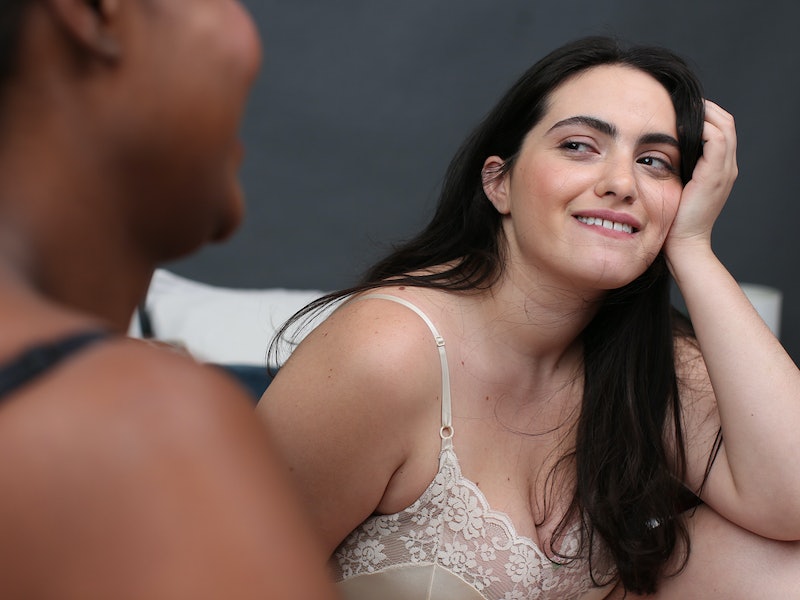 If you're always looking for ways to spice up your sex life, a good way to do that is to turn to your fantasies. Because some fantasies are totally realistic, there's no reason you can't act on them— and even the ones that would be harder to fulfill can point you toward something doable that you might want to try. And Sleep Cupid, a mattress retailer, surveyed 3,000 women to find out exactly what women's sexual fantasies involved. And, when it comes to location, the answer may surprise you. But fantasies about locations are great— because they're a lot easier to act on than that threesome with Benedict Cumberbatch and Janet Jackson you've been dreaming about.

The really interesting thing was that they also divided up the sexual fantasies by the sexual orientation of those surveyed. And, while some were the same across the board, there were also major differences. Like the fact that the number two most fantasized location for lesbians was sex in the closet, which has to be some sort of a punch line.

You can check out all the results broken down by orientation on Sleep Cupid— and it's really fascinating. But if you want to know what most popular sexual fantasies for women overall, here's how it broke down: