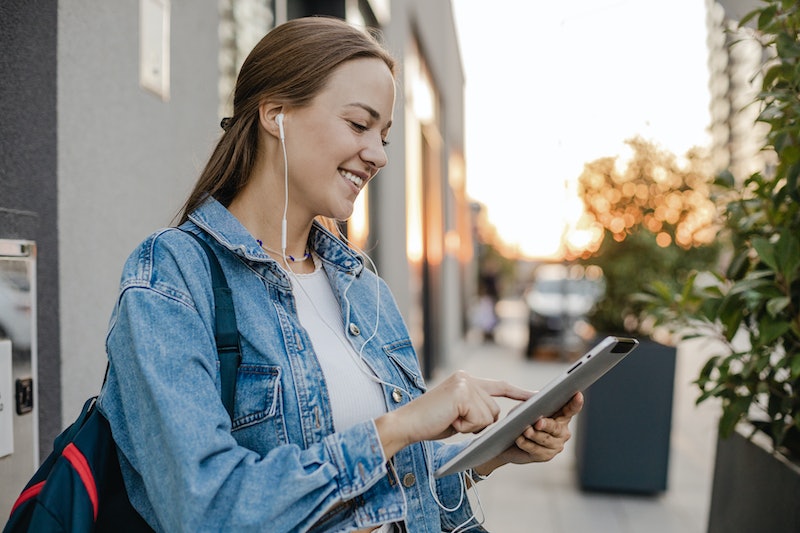 As someone who is constantly surfing the web, it comes as no surprises that Google, the nearly two decade old search engine that has basically become a verb, tops the list of most popular websites in the United States (and the world, for that matter). Receiving 28 billion visits each month, the search engine experiences more traffic than any of the other 1.1 billion websites currently on the internet. The only site that even comes close to matching Google's visitors is the video-sharing website YouTube, with a robust 20.5 billion monthly visitors. YouTube has been owned by Google's parent company Alphabet Inc. since 2006, and over the last decade "to YouTube [something]" has even become a verb all its own. These websites have a major impact on our life, our access to information, and even dictate on some deep level how we use the web — so next time you log on, you may want to think about which sites you rely on the most.

A new infographic from Vodien, a Singaporean web hosting provider, visualizes and sorts the 100 most visited websites in the United States. Using data from the web analytics company Alexa, the diagram breaks down the type of sites that are popular and which ones are owned by which businesses. The upper echelon of sites that generate the most traffic are controlled by a few major companies, such as Facebook, which also owns Instagram ranked at number 13, and Amazon which is the fourth most-visited site, and controls five other top 100 sites including IMDB and Twitch. Banking sites, music and video streaming sites, shopping, and social networking sites make up most of the top ranks. Whether you check your phone multiple times a day to post on Twitter or Facebook, or tend to stream shows on the weekends — according to this data, you are very much not alone.

Check out the "100 Websites That Rule The Internet" infographic here, and see if your favorite site makes the list. Here is a sampling of the seven most popular websites in the United States today:

More like this
11 Super Bowl Instagram Captions To Use On Game Day — Even If You Don’t Like Sports
By Alexis Morillo
Ashamed Of Your Screen Time Stats? Here's How To Change That
By Alexis Morillo
How To Turn Off TikTok Profile Views So You Can Stalk Other Accounts In Secret
By Alexis Morillo
Learning To Love, Not Judge, The Lunchbox Wives Of TikTok
By Esther Zuckerman
Get Even More From Bustle — Sign Up For The Newsletter
From hair trends to relationship advice, our daily newsletter has everything you need to sound like a person who’s on TikTok, even if you aren’t.