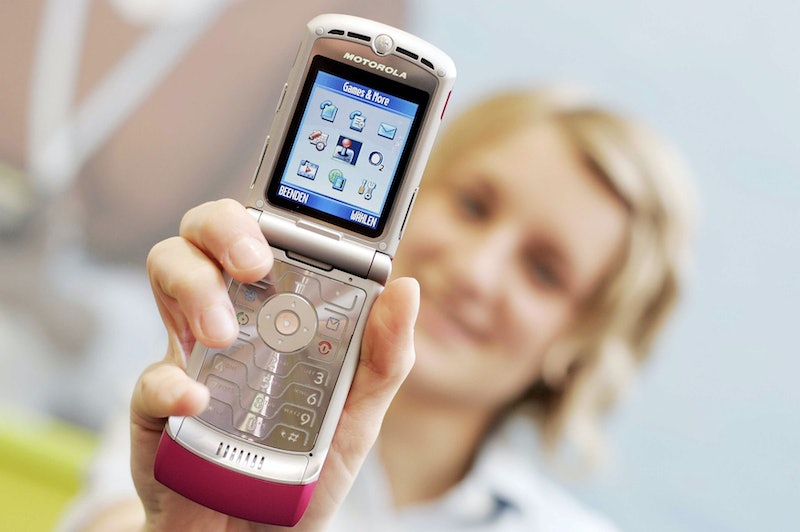 The noughties called. They want their phone back. You heard me, the Motorola Razr is back with an all new foldable screen. The BBC reports that the brand spanking new piece of machinery has the snappy name Slim Razr Flip Phone (OK maybe not that snappy, but it does snap shut) and is a game changer in the world of smart phones.

According to the BBC, the Slim Razr Flip Phone has a 6.2-inch screen that folds together when closed. However, the phone has been an updated look for 2020. It's sleek black design comes with a screen on the outside for those who want their notifications at a glance. Genius.

The phone will be going on sale initially only in the U.S. on Dec. 26, 2019, and will cost a cool $1,500. The device will be rolled out in different countries gradually after that.

According to the BBC, Glenn Schultz, Motorola's head of product development, said figuring out how to make the product actually function properly was a mammoth task:

"Our zero-gap hinge allowed us to bring to market a device that folds completely in half. Many didn’t believe we could do it, but let me tell you, it's fun to work on something that everyone thinks is impossible."

Although it remains to be seen if this updated version of the original will be a hit or not, there's no denying that, back when the first one was released in 2004, it was the hottest phone on the market. According to the BBC, it was popularised by stars such as Paris Hilton, and the impossibly slim phone was available in multiple colours. According to the Metro it "became a fashion icon so famous that it was used a token in a version of the Monopoly board game."

The BBC reports that Ben Wood from market analysis company CCS Insight spoke about how the phone developed from regular aluminium into all kinds of fun different editions:

"Later there were a whole spectrum of colours, notably the highly successful pink Razr and also the memorable Dolce & Gabbana version — which at the time cost an eye-watering £400."

OK, now we know the technical stuff. But what I (and, let's face it we all) really want to know about this new flip phone is one simple thing: can I hang up by snapping it shut? AKA the ultimate power move.

Hell yes you can, you guys. According to CNN, the Slim Razr Flip Phone is absolutely there for you when you need a dramatic ending to your phone call. OMG, worth every damn penny.

More like this
Poshmark Vs. Depop: How The Reselling Apps Compare
By Emma Carey
How To Get Your Hands On Manolo Blahnik’s Latest Birkenstock Collab In The UK
By Vivian Iroanya and Rachel Mantock
5 Ways To Stand In Solidarity With Women In America From The UK
By Sophie McEvoy
Side Character Energy Has Arrived — Here’s What That Means
By Sophie McEvoy
Get The Very Best Of Bustle/UK