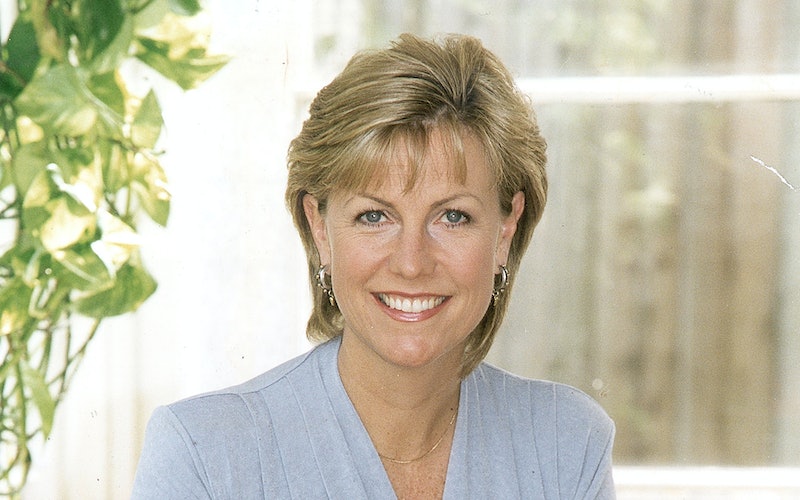 In April 1999, British television presenter Jill Dando was shot dead on her west London doorstep, in a case that remains unsolved 20 years later. On Tuesday, the BBC will air The Murder of Jill Dando, a documentary about her murder and the investigation, trial, and retrial that followed. One man, Barry George, was convicted of her murder, spending eight years in prison before a retrial acquitted him of the crime. According to the lead detective on the case, the true culprit might never be brought to court. So who was Jill Dando, and why has her murder proven so difficult to solve?

Dando was a ubiquitous face on British television in 1999, working as a broadcaster for over 10 years. She'd presented BBC shows including the Six O'Clock News, Breakfast News, Crimewatch, and Holiday, according to the BBC, and at the time of her death was preparing for a new show, Antiques Detectives, to air on Sunday evenings. The BBC reported that in one of her last interviews, she said she'd never been happier.

Following Dando's murder, then BBC head of news Tony Hall — now director general — received anonymous death threats over the phone, as he recounted in the documentary. "I listened to the voice of one of them, which said basically, I was next," he said, according to the BBC. "There are often copycat things that happen after these sorts of events, and the police took it seriously."

In 2000, local man Barry George was arrested for Dando's murder, in a case that relied heavily on a particle of gunshot residue, found in the pocket of a coat in his house. After spending eight years in prison, George was acquitted in August 2008, as the Guardian reported.

Hamish Campbell (pictured below), the lead detective on the case, told the documentary crew that he expects Dando's murder will never be officially solved, saying, "Do I think somebody will come back to court? Probably not, no."

"Sometimes I felt we were a day away from solving it and other times, I thought: 'No, we’re a long way away.' Senior officers were asking: 'What are the likelihoods of this case being resolved?'" Campbell said, according to the Guardian.

"We had over 2,000 people named as potential suspects or responsible. Some actions to trace and eliminate one person might take a day. One action might take two weeks. But there’s thousands of them and that’s the issue of managing stranger homicides," he added.

According to the BBC, Tuesday's documentary will examine the "forensics, theories and decision-making behind one of Britain’s most notorious cases," considering whether Dando's high profile impacted the investigation and whether its detectives were inhibited by public pressure to solve it.

David Brindley, the BBC's head of commissioning for factual entertainment, said in a statement, "Jill was one of the BBC’s most talented and well-loved presenters. Her death sent shockwaves through the country and sparked one of the biggest investigations the Metropolitan Police had ever launched. Twenty years on, with the crime still unsolved, this film will reveal in detail the process of that investigation from those who were closest to it."

The Murder of Jill Dando will air on Tuesday, April 1st, at 9 p.m. on BBC One.