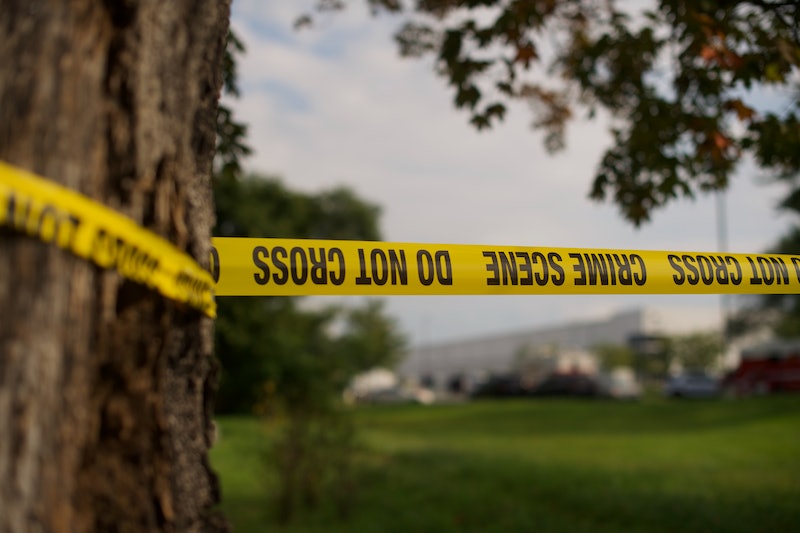 BBC Two's newest crime series takes an in-depth look into some of Britain's more high profile murder cases, and the investigations into them. Catching Britain's Killers: The Crimes That Changed Us focuses on three unique cases from the past, including the murders of Dawn Ashworth and Lynda Mann, which led to the creation of a world-changing crime detection database. But what are the origins of this groundbreaking murder case? Here's everything you need to know.

As reported by The Sun, 15 year-old Lyda Mann was brutally attacked and murdered on November 21, 1983, as she set off from home to visit a friend. Just three years after Mann's shocking murder, Dawn Ashworth was killed in similar circumstances, after being attacked whilst walking home on July 31, 1986. As the Daily Mail reports, the victims bodies were discovered within a mile of each other in Narborough, and the crimes sparked the largest ever manhunt to be conducted by the Leicestershire Police force.

During the investigation, the first-ever mass DNA screening took place, and the fingerprints of 5,000 men were retrieved in three nearby villages. At the time of the case, this particular method of crime detection was considered groundbreaking, and ultimately led to the arrest of Colin Pitchfork. In 1988, Pitchfork was found guilty of the rape and murder of Lynda Mann and Dawn Ashworth — and became the first person in history to be arrested and convicted using DNA evidence.

According to The Sun, Pitchfork initially managed to dodge police scrutiny by convincing a colleague to take the DNA test in his place, however, the law eventually caught up with him, and Colin Pitchfork was handed a minimum sentence of 30 years in prison. Following his arrest, the convicted killer confessed to the murders, and when asked by detectives why he carried out such heinous crimes, Pitchfork replied, "Opportunity. She was there and I was there."

Since completing his initial sentence, Pitchfork reportedly resides within HM Prison Leyhill — an open prison located in Gloucestershire, where he has previously been granted day release, before being escorted back to the prison, reports the Daily Mail. News of the killer's unsupervised public outing led to much outrage, however as reported by the BBC, Pitchfork was refused parole back in 2018. Speaking at the time of the decision, a spokesperson for the Parole Board commented, "We can confirm that a panel of the board has not directed the release of Mr Colin Pitchfork. Under current legislation Mr Pitchfork will be eligible for a further review within two years. The date of the next review will be set by the Ministry of Justice."

As mentioned previously, the case which revolutionised crime detection methods will be expertly dissected in the BBC's latest true-crime offering, Catching Britain's Killers: The Crimes That Changed Us. The three-part series begins on Wednesday, October 9, at 9 p.m. on BBC Two, and I don't know about you, but I cannot wait for this fascinating new series to get underway.

More like this
Where Is Oscar Torres In 'Only Murders In The Building' Season 2?
By El Hunt
Yinka Bokinni Recalls Terrifying Truth At Heart Of 'How To Hire A Hitman'
By Frances Stewart
'Sherwood’s Filming Locations Hold Deeper Meaning
By Rachel Mantock
12 Documentaries & Films About Cults From Netflix UK To Hook You From Start To Finish
By Kay Leong
Get The Very Best Of Bustle/UK