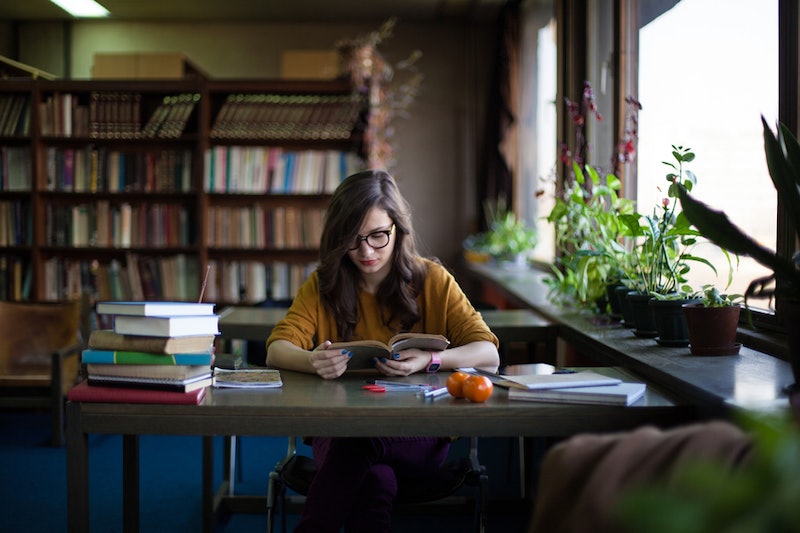 It's been a stellar week for those who deal in translated literature. In a post on their website published on Wednesday, the National Book Foundation has announced that they would be adding a fifth National Book Award for translated fiction and nonfiction works published in the United States. "We now have the opportunity to recognize exceptional books that are written anywhere in the world," said David Steinberger, Chairman of the Board of Directors of the National Book Foundation, in the press release. "And to encourage new voices and perspectives to become part of our national discourse."

The additional guidelines for the new award, which will open for submissions in March, mirror those of its other National Book Award peers, — the work needs to be either newly on the market or as yet unreleased — with one clear distinction: both author and translator must be living at the time of submission, but neither needs to be a U.S. citizen. For every other honor that the National Book Foundation awards, authors must be legally "American." In an unprecedented move, the board, which unanimously voted to create a prize for Translated Work, has acknowledged both that English is not an exclusively "American" language, and that a person's citizenship is arbitrary in the face of artistic influence.

The addition of this award is symbolic of a greater shift in the American literary scene. "There has never been a better time to acknowledge that literatures originating elsewhere are as much a part of our 'national literature' as anything else," Michael Reynolds, editor-in-chief of Europa Editions, tells Bustle. "Like the many foreign-born people living in this country who have contributed so much to the culture, foreign literature, brought to life here thanks to the work of devoted translators, editors, and publishers, takes nothing away from the culture, rather it enriches and diversifies it."

Europa, an independent press specializing in international literature and publisher of the beloved Elena Ferrante Neapolitan novels, has spent years advocating for the inclusion of translated works into America's literary mainstream, despite facing some pretty daunting statistics.

In 2007, a poll by Bowker found that only three percent of books published in the United States were books in translation, and between 85 and 90 percent of those came from either small non-profit or independent presses. That number inspired the creation of both Three Percent, an international literature resource and database, and Open Letter Books, a non-profit literary translation press, both based out of the University of Rochester. Three Percent runs just one of four national prizes for translated works, the others being the PEN Translation Prize and the American Literary Translator Association's National Translation Award.

Chad Post, publisher for Open Letter Books, says he's seen the number of new fiction and poetry translated works nearly double in the 10 years since Three Percent's founding — "Readers seem less terrified of translated books," he tells Bustle — but he's still speaking of a growth of 360 titles to 660 titles, compared to over 50,000 new fiction titles hitting the shelves each year. Post credits the increase in part to a growing urgency from some Americans to read beyond our own borders, particularly given the current political conversation regarding immigration.

So why read translated literature? Why the fight for its inclusion, why the prolonged frustration for advocates of international writing? Well, for a start, reading books written in English, by English-speaking people, greatly limits your scope of the world. Reading, at its core, is a form of communication, of sharing. It's a transformative experience, with the ability to carry readers through portals they would otherwise never have had access to. And a lack of diverse literature is hardly an adults-only issue: A 2006 study out of the University of Michigan found that exposure to multicultural reading materials benefits children in the classroom as well, affecting the ways they interact with one another.

So, could a National Book Award for translated fiction and non-fiction works actually get Americans to read more works-in-translation? It's possible. A high-profile award can do wonders for book sales; in fact, after The Vegetarian by Korean novelist Han Kang won the Man Booker International Award for works-in-translation in 2016, sales of the book surged worldwide.

Rachael Small, a senior publicist for Europa who has worked as a literary translator herself, was thrilled with the National Book Foundation's announcement. The decision, she says, exemplifies "the ideas that it’s impossible to have a national conversation without including international voices, that a healthy national literary culture cannot be myopic and ignore the books that the rest of the world is reading."

CORRECTION: A previous version of this article said there were only three national prizes for translated works. There are four, the fourth being the National Translation Award.