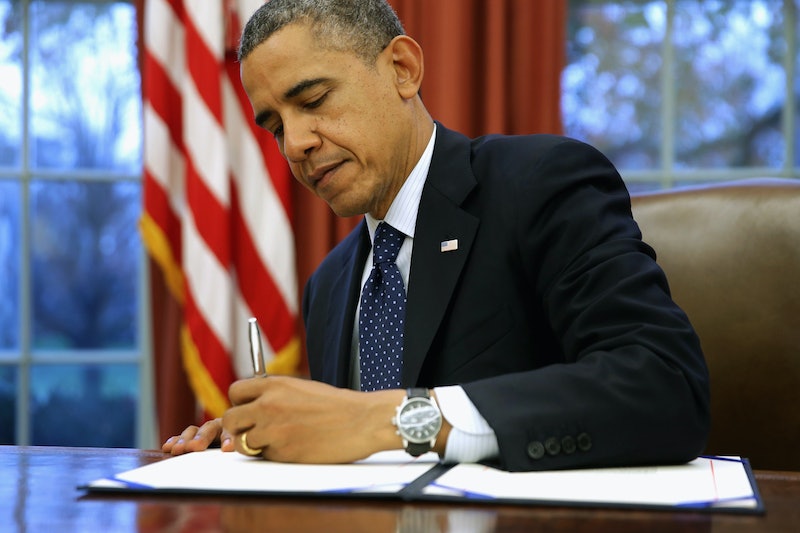 On Feb. 15, President Donald Trump declared a controversial national emergency to allocate funds to build a wall along the southern U.S. border. Amidst chatter about when it's appropriate for a president to declare a national emergency, you may be curious whether previous presidents made emergency declarations, and why they did so. Indeed, this list of national emergencies Obama declared shows the 44th president didn't shy away from the action — and that he issued declarations primarily related to international affairs.

As CBS News reported, President Obama made 12 emergency declarations during his two terms in office. Of these 12 emergencies, 10 are still ongoing. As CNN reported, it's not uncommon for states of emergency to continue after a president leaves office.

By comparison, thus far President Trump has declared four national emergencies. In December 2017, he imposed sanctions against officials contributing to the Rohingya conflict in Myanmar. In 2018, he issued two declarations — one to impose automatic sanctions if foreign entities interfere in a U.S. election and another to penalize Nicaraguan government officials for human rights violations. Most recently, in February 2019, Trump declared a national emergency via presidential proclamation to secure funding for a border wall between the United States and Mexico.