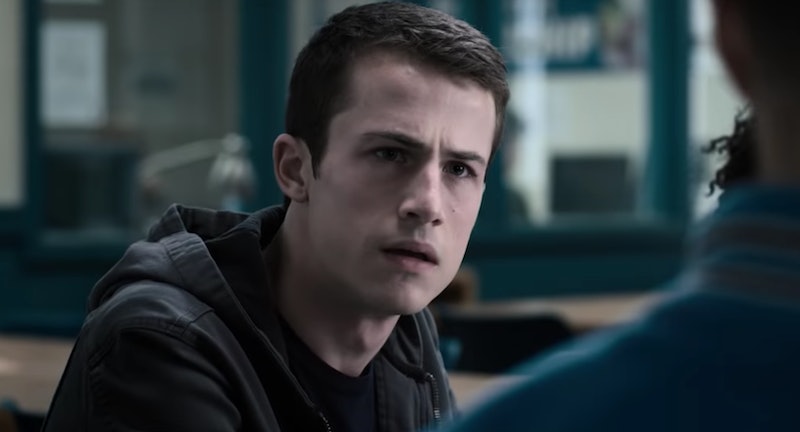 Who killed Bryce Walker? According to 13 Reasons Why’s newest Season 3 trailer, everyone’s a suspect. Ahead of the series’ Aug. 23 return, Netflix has debuted a brand new trailer for 13 Reasons Why, and, along with the fact that everyone is seemingly on edge, there’s a mysterious new face in town. Set against the backdrop of suspenseful music, the trailer pans across the forlorn faces of the students of Liberty High in the aftermath of the Homecoming game. With the police determined to find the truth, everyone within the hollow halls of Liberty High appear to be turning against each other.

Is it Tyler? Is it Zach? Is it… Clay? The new clip sees the titular character taken away in handcuffs by the police. Plus, there’s a bloody mixtape and several shots of a gun about to be — and ultimately — fired in the span of the two-minute trailer. It’s a lot to unpack as the series heads into its penultimate season before ultimately wrapping up in Season 4. Perhaps most chilling, the trailer concludes with an intense line courtesy of Clay in regards to Bryce’s mysterious death: “This whole f*cking world is better without him in it.”

Season 3 will resume eight months after the fallout of Tyler’s attempted school shooting — a plan hindered by Clay. Now, with a murder mystery on their hands, a new “web of secrets and lies” could be unraveled. In a press release obtained by Bustle, the synopsis for Season 3 in part reads: “Who killed Bryce Walker? Everyone has their reasons... As the mystery of his death engulfs the town, there are numerous suspects in focus. But were any of them truly capable of murder? And who is the new girl? Police are determined to get to the truth, but with a web of secrets and lies this tangled, will anyone be found guilty?”

More so, new characters will be brought into the fold: Newcomers Grace Saif will star as Ani, Arrow’s Bex Taylor-Klaus will star as Casey, and Bull’s Tyler Barnhardt will star as Charlie. For now, little is known about Casey and Charlie, but Entertainment Weekly reported in early August that Ani would "play a pivotal role" in the upcoming season. As per Deadline, the new season will not consist of any suicide scenes following the backlash that ensued from the graphic Season 1 finale. Additionally, Hannah Baker (Katherine Langford) — a fixture in the first two seasons — will no longer be featured in Season 3.

In an interview with Entertainment Tonight in June 2018, Dylan Minnette opened up about what Hannah's absence could mean for Clay. “I feel like with Season 2, Clay was really carrying the weight of Hannah still, obviously, more than before, more than ever before," he told ET. "And now that that's gone, I’m excited to see kind of Clay being a little wiser, a little more grown up, given everything that he’s gone through. Just seeing how he deals with this moving forward in his life." Minnette continued, "I think that Season 3 is definitely not gonna be easy for Clay or any of these people... I’m nervous to know what Clay is gonna go through in Season 3."

13 Reasons Why returns to Netflix on Friday, Aug. 23. Before then, let's just assume that everyone is a suspect in Bryce Walker's murder.