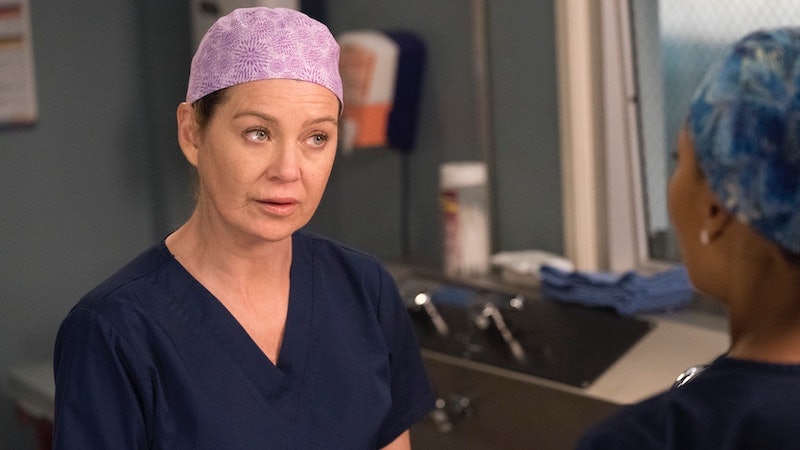 “Orange is the new Grey” is an awfully fitting tagline. The new Grey’s Anatomy Season 16 trailer teases Meredith’s post-Seattle Grace life after getting fired. In a promo shared on social media ahead of the season’s Sept. 26 return, fans finally get a glimpse of the fallout that occurred in the Season 15 finale. On the heels of committing insurance fraud in efforts to aid a father and daughter seeking asylum, Meredith must now contend with the ramifications. In the teaser clip, the series’ titular surgeon can be seen picking up trash from the side of the road for court-ordered community service.

In the clip, a familiar face spots Meredith as she’s driving by in her vehicle and asks if she’s volunteering her time. Donned in an orange community service vest, the ex-surgeon uneasily responds, “Something like that.” The ruse is compromised, however, when an annoyed supervisor yells to a chatting Meredith, “Get back to work before I tell the court you’re in contempt!”

When the series last left off, Miranda Bailey also fired Alex Karev and Richard Webber after they both tried to take the fall for Meredith once her actions came to light. While the teaser clip previews the fallout of Meredith’s firing, however, both Alex and Richard are nowhere to be seen in the promo. Elsewhere, Miranda informs a stunned team of the trio’s departure from the hospital.

In a recent interview with TVLine on Sept. 5, Grey’s showrunner Krista Vernoff revealed that the new season would resume “moments from where we left off” in the Season 15 finale; however, it will “then span a little bit of time over the course of the hour.” More so, Vernoff promised that “all of the lingering” cliffhangers would be addressed “pretty immediately” prior to the time jump. Given the events put forth in the trailer, it appears as though Vernoff has held true to her words as one major cliffhanger is addressed head on: the aftermath of Jackson Avery’s disappearance into the thick fog. In the trailer, paramedics rush to the scene as a distraught Maggie declares, “He’s down there!”

Of course, Jackson’s fate isn’t so much a huge shock given reports that Jesse Williams has signed on for the role for two more seasons. Still, it’s reassuring to know that all signs point to Jackson making it out alright. The argument that Jackson and Maggie had prior to the worrisome events, however, could indicate a relationship in turmoil come the Season 16 return. They certainly wouldn't be the only relationship on the rocks: Vernoff recently revealed that Meredith and Andrew DeLuca would face some roadblocks of their own.

While Vernoff has remained mum on just how long the time jump will span, she teased that the time lapse will yield conflicts for the love birds in the wake of Andrew's arrest and Meredith's trouble with the law. “They’ve got to navigate the complexities of a new relationship in the wake of Meredith having been fired and having broken the law,” Vernoff told TVLine. “There are stressors on their very new relationship coming from the ramifications of those decisions last season.”

Grey's Anatomy Season 16 returns to ABC on Thursday, Sept. 26. If the trailer is any inclination, the new season will contain the Orange is the New Black-infused storyline fans never knew they needed.