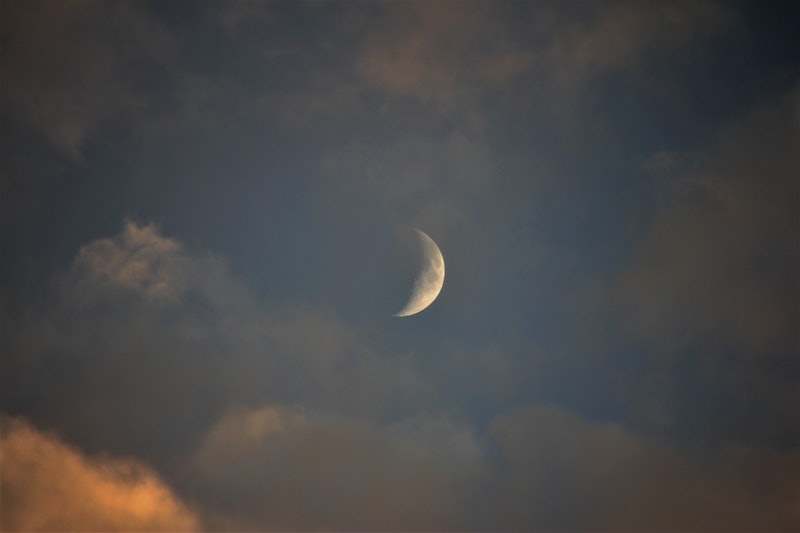 If you believe in astrology like I do, you'll want to pay close attention this week: When the new moon is in Aquarius on Jan. 27, some interesting things are going to happen with your "twin flame." Astrologers report that the new moon, coupled with an Isis and Osiris conjunction, makes this time ripe for a "twin flame" evolution.

What exactly is a "twin flame?" Many people confuse twin flames with soulmates, but the reason why is somewhat understandable. Whereas soulmates are our perfect match, twin flames are just the opposite — our perfect mirrors. In an article in Thought Catalog, Brianna Wiest explains, "Relationships with twin flames tend to be on-again-off-again, intensely passionate, and sometimes intensely painful. Twin flames help us awaken like nobody else, and they ultimately serve to show us who we really are."

According to an article by Alex Myles on Elephant Journal, Isis (feminine/moon) and Osiris (masculine/sun) are two separate asteroids that represent the Egyptian twin flame energies. They are twins who were fathered by the Earth God, Geb, and born from the womb of Nut, the Egyptian Night Sky Goddess. According to Miles, "The significance with Isis and the current twin flame energies is that she shows us the power and force of her feminine energy when she set her mind on retrieving, repairing and healing her loved one’s body and soul."

Having someone mirror your behaviors back to you is not always a pleasant experience, and twin flame relationships tend to be rife with difficulty. On the other hand, feeling like you're really truly being seen for the first time by another person can feel amazing. Either way, though, it can be somewhat complicated: As Miles writes on Elephant Journal, "Due to these sacred partnerships causing a variety of emotions to arise within us, we can find ourselves questioning whether the person we feel bonded to is someone we want to have as a permanent fixture in our lives, as they often bring extreme emotional turmoil."

You might be wondering, does everyone have a twin flame? The answer is yes, though just because someone is your twin flame doesn't mean you'll end up together. Some people don't know about the concept at all, or they outright reject it. For others, the relationship may be too intense to sustain.

"People can feel terrified about the strong bond felt between twin flames, particularly when the connection is intense without a romantic relationship taking place first," Miles explains.

So how does the new moon fit in? For the Isis and Osiris conjunction to occur in tandem with a new moon is extremely rare. The new moon is also a time for new beginnings, so it would make sense that if your twin flame has been absent, they may show up again. If you haven't met them yet, this could be when you'll cross paths.

And if you don't believe in this sort of thing, maybe it just hasn't happened to you yet.