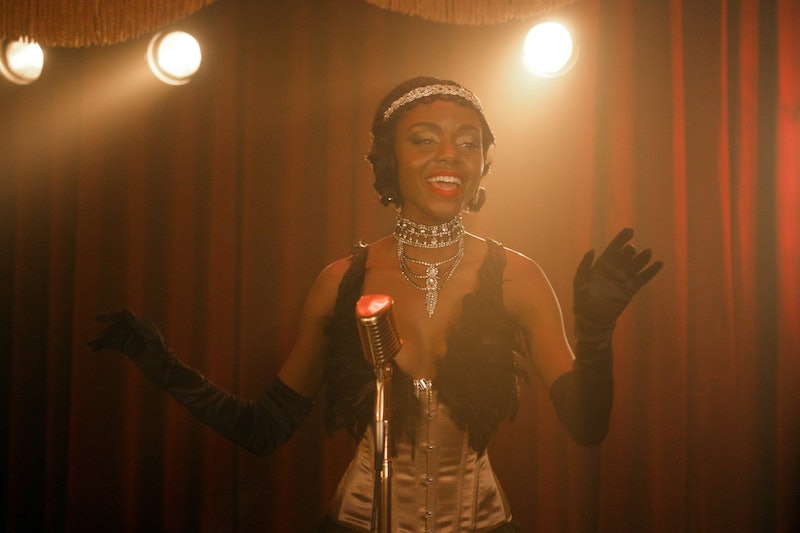 Riverdale fans who couldn't get enough of the Carrie: The Musical special will be thrilled about this news. Riverdale High is putting on Heathers: The Musical, and the episode will feature a whopping nine songs, according to E! News. Between Carrie and the Heathers: The Musical news, it looks like Riverdale could be heading in a new direction, with more musical episodes to come. After all, why should Josie be the only one who gets to sing on screen?

The good news for fans is that while the episode is still a ways away (it will air on March 20, according to E!), the show's writers have already given some pretty good clues about what the production will be like. Riverdale creator and showrunner Roberto Aguirre-Sacasa shared a photo featuring the Heathers casting news, complete with a list of which students will take on what roles.

As with Carrie, Cheryl is, once again, the star of the show. She's at the top of the call sheet as Heather Chandler. Veronica and Betty, meanwhile, will join her as Heather McNamara and Heather Duke, respectively. And Josie — AKA the Riverdale High student who actually wants to pursue a career in music — will play Veronica Sawyer.

Side note: What happened to the other former members of the Pussycats? Are Valerie and Melody still Riverdale students, and if so, why aren't they bringing their vocal talents to the school musical? If there's room in the play for Evelyn and Toni, who are playing Ms. Fleming and Betty Finn, surely there's room for the ex-Pussycats, too.

As for the men, it looks like Archie will be returning to Riverdale High in the near future. He's been cast as Kurt Kelly, while Sweet Pea will play Jason "J.D." Dean, and Reggie will be Ram Sweeney.

Jughead, meanwhile, will be serving as the event's "security detail," according to the photo Aguirre-Sacasa shared. Then again, TV Guide reported that Jughead will be singing in the Heathers musical — so who knows? There could be a surprise performance from everyone's favorite self-proclaimed weirdo.

It's worth pointing out that Ethel doesn't seem to have a major role in the upcoming musical, either. A lot of the mystery surrounding the Carrie episode dealt with Ethel's jealousy that she wasn't playing Carrie, so it's a little weird that she's left off the cast list entirely. Although, of course, there could be another twist on the way, as far as Ethel is concerned.

Aside from the casting news, the flyer Aguirre-Sacasa shared also declares that the student production is "sponsored by The Farm." That can't be a good thing. And if this is anything like the Carrie: The Musical production, someone could even end up dead before the curtain drops.

The fact that all of the show's main characters, despite their completely different interests and backgrounds, are participating in the school musical is pretty ridiculous. But Riverdale hasn't exactly been known for being true to life. So if the show wants to bring us a singing and dancing Sweet Pea and Reggie alongside Cheryl, Betty, and Veronica — honestly, why not embrace it?