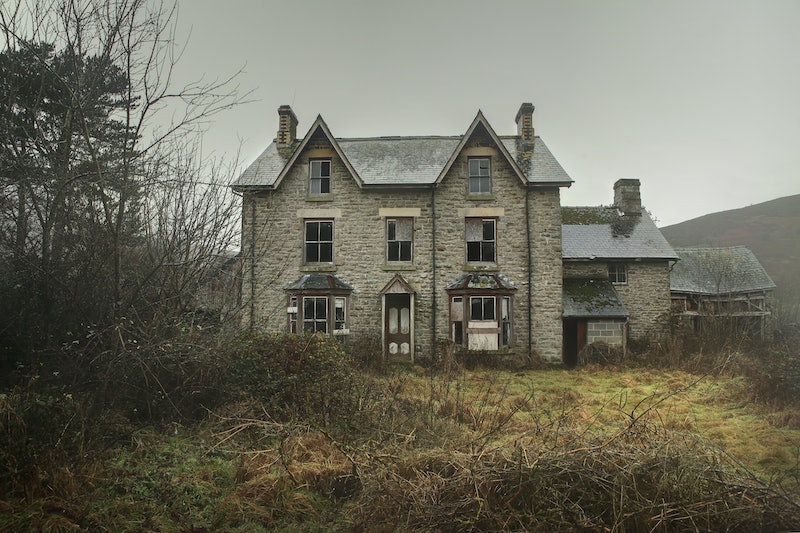 What’s an element missing from Chip and Joanna Gaines’ delightful banter about the ins and outs of design? Murder — well, at least, the creators of Murder House Flip would very much concur. The new show Murder House Flip sounds like Fixer Upper but for true crime enthusiasts. Quibi — an upcoming mobile-only streaming service set to debut on April 6, 2020, as per Variety — has announced a new true crime home renovation show titled Murder House Flip, which blends perhaps two of the greatest genres to marathon in one sitting: home renovation and true crime. The true crime renovation series will be executive produced by CSI and Bones’ Josh Berman, Penny Dreadful’s Chris King, and Katherine Ramsland.

As per a press release obtained by Bustle, Murder House Flip is an unconventional take on the home renovation genre that will take on “the country’s most infamous homes.” The synopsis continues, “The ones known for the mysterious murders and incredible intrigue committed behind their walls. Homeowners turn to the colorful cast of forensic specialists, spiritual healers and high-end renovation experts to uncover the true crimes, shocking secrets and scandalous history of their homes. Then, cleansing renovations remove the stains of the past and take these homes from morbid to marvelous.”

Basically, Murder House Flip sounds like the type of series Morticia Addams would have in her queue. In the press release obtained by Bustle, Berman said of the series in which he'll executive produce, "We are excited to partner with Quibi to deliver a spin on a home makeover show in unique short form content. Murder House Flip combines home renovations with the intriguing elements of a true crime series. Bringing healing and solace to families living in the aftermath of tragic events by transforming dark places into healthy spaces."

While Quibi hasn’t experienced the same publicized rollout as, say, Disney+ or Apple TV, the upcoming streaming service hails from former Disney CEO Jeffrey Katzenberg and former eBay CEO Meg Whitman, as per a report by Vice. The under-the-radar streaming service has already garnered notable A-list actors it its roster of upcoming content: Liam Hemsworth, Guillermo del Toro, Steven Spielberg, Don Cheadle, Tyra Banks, Idris Elba, and Chrissy Teigen are just a few of the names that have signed on for projects with the service, as per reports by Variety and Vice.

As per Variety, the mobile streaming service will “include premium scripted and unscripted content, chunked into sub-10-minute episodes,” and will cost $5 monthly (with ads) or $8 monthly (without ads). This could possibly indicate that Murder House Flip would consist of such 10-minute episodes, but little is known at the moment. The series will be produced by Sony Pictures Television. Elyse Seder, SVP Alternative & Syndicated Programming for Sony Pictures Television, said of the series in a statement, “We are thrilled to bring this one of a kind series to life and dive into a world that combines America’s two biggest TV obsessions: true crime and home renovation.”

Quibi is expected to launch on April 6, 2020. If this true crime home renovation series is any inclination, the streaming service's content will be just the unorthodox content true crime fans need.